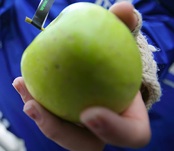 Apple received more good news today in terms of its share of the U.S. PC market. Apple captures 6.6 percent of the market in the first quarter of 2008, according to market research firm Gartner (via AppleInsider). This marks a 32.5 percent increase from its 5.2 percent share in the first quarter of last year. In that time, Apple has passed fellow computer maker Toshiba.

Overall, U.S. PC shipments were up only three percent over this time last year. That slow growth can be attributed to the weakening economy and decreased spending. Yet Apple and number one PC maker Dell both had robust growth. Dell saw its market share grow 15.7 percent up to 31.4 percent overall in the U.S.

Outside of the U.S., Apple still failed to crack the top five list of PC manufacturers, meaning it is somewhere below Toshiba’s 4.3 percent market share. Foreign and enterprise markets are the two areas Apple has yet to conquer during its past few years of big growth. However, a recent test program by IBM to use Macs in the workplace may help change that trend (our coverage).

Also, if Microsoft keeps making videos such as the one below to promote its Windows Vista operating system, Apple’s market share may grow even quicker.