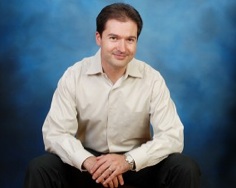 Simeon Simeonov is founder and CEO of startup advisory FastIgnite.

Reading Steve Jobs’ open letter with “thoughts on Flash” literally — as an argument about Flash’s capabilities or lack thereof — is a diversion from its deeper message, which is that Apple is willing to throw its recently-gained weight around in a big power play against all major platform companies save one — Oracle. (Have Steve and Larry Ellison partitioned the world on a napkin? I’ll take consumer and digital media and you take everything else?)

Apple is taking advantage of what essentially amounts to a cross-subsidy: using the economic and market momentum of its combined hardware/OS platform to do two things:

1. Force developers to heavily, perhaps irreversibly, invest in Apple’s platform and in the process avoid alternative tool, services and runtime platforms, an area where Apple has traditionally had no expertise and where Adobe and others have a substantial advantage.

2. Provide some breathing room for the fledgling Apple advertising business, which the company obtained through the acquisition of Quattro Wireless for $275M, soon after Google signaled that mobile advertising is going to the big leagues by buying AdMob for $750M.

Apple’s actions are not surprising, even independent of the company’s history of favoring closed systems. Any company would be motivated to play to its strengths and to exert its influence on the market. What’s deeply ironic is that Adobe has used somewhat analogous strategies in the past, which allowed the company to establish dominant standards in printing (PostScript) and later documents (PDF) while surviving multiple direct competitive assaults, most recently from Microsoft’s Open XML Paper Specification (XPS) and the various forms and workflow capabilities in Microsoft Office. For those not familiar with the history of Adobe, I highly recommend Inside the Publishing Revolution: the Adobe Story.

Flash is a favored format for delivering interactive and video advertising — dozens of companies offer measurement, analytics, ad selection, targeting and delivery solutions based on Flash. Adobe also recently acquired analytics powerhouse Omniture for $1.8B. By blocking access to Flash, Apple is blocking a big portion of the advertising ecosystem from its platform, giving itself a substantial short-term advantage. Emily Steel reports in the Wall Street Journal that Apple is planning on milking that advantage.

The advertising angle is additional proof that this isn’t just about Apple vs. Adobe. Jobs is too good a strategist for that. This is as much about Apple vs. Microsoft and Apple vs. Google. If Apple can successfully defend itself from Adobe, a company that is much smaller and more dependent on the Apple ecosystem, it will establish a valuable precedent. Apple then may have a chance to defend itself from Microsoft, whose Silverlight platform (a competitor to Flash) is steadily gaining distribution and developers. Then, it may be able to carve a large and growing advertising niche with some barriers to entry for Google and others. Last but not least, Apple’s actions could dampen the growth of the Android ecosystem by forcing application developers to either choose one platform to build for or, alternatively, choose the most popular platform first (iPhone/iPad) and only then port to Android, which could become increasingly difficult as Apple adds valuable proprietary services. Note the announcement yesterday that Apple will acquire Siri, a mobile voice search developer.

There is also the fear that a lightweight WebOS, say Chrome OS, will create a compelling alternative home screen experience. In that context, Apple is probably more worried about Adobe AIR acting as a conduit between Web applications and local device capabilities, something that Apple to this day has done through proprietary browser APIs.

It’s a tough play by Jobs against industry giants. When you are running the third most valuable company in the US, you don’t think in terms of quarters but multi-year industry cycles. It doesn’t matter whether Apple succeeds in barring Flash in the end. In fact, I highly doubt it will in the long run. But holding the line even for a few quarters offers a meaningful tactical advantage in strengthening Apple’s developer community and advertising business and building barriers to entry. It’s cheaper than buying Adobe.

Making a public argument about the technology limitations of Flash is a very smart way to frame the conversation and is the only logical explanation I have for the tone and length of the letter, especially in light of recent Adobe positioning to show how Apple’s actions hurt Adobe’s business. Most alternative framings that achieve the same outcome would have likely interested the antitrust division of the DOJ. IBM and Microsoft both hit major bumps in dealing with government regulators, and Google has learned the hard way about this also. Will Apple be next? No matter what happens, the war of titans that’s brewing up will be rich in both innovation and entertainment.

Simeon Simeonov is founder and CEO of FastIgnite where he helps entrepreneurs build great companies. Sim is also co-founder of Better Advertising and Thing Labs. Prior to that, he was a VC at Polaris Venture Partners and chief architect at Allaire/Macromedia (now Adobe). When he is not in the FastIgnite virtual office, you can find Sim at General Catalyst Partners, MIT’s E-Center or the offices of one of the startups he is closely working with. Sim blogs at blog.simeonov.com, tweets as @simeons and lives in the Greater Boston area with his wife, son, an adopted dog named Tye and a large collection of Android, Apple, Linux and Windows devices.