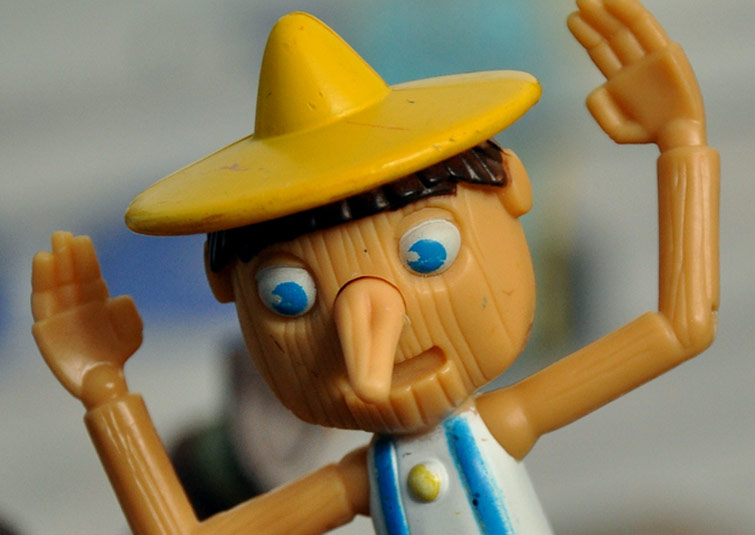 You know the old story about statistics and liars, right? Statistics lie, and liars use statistics, or so the old saw says. There’s a good reason for that: Statistics are so damn easy to lie with.

Even when you don’t mean to.

Guess what: They’re both right. Bring out the gee-tars and let’s sing Kumbaya.

How can that be, you’re asking? Here’s the short version, based on a conversation with App Annie this morning, and reams of additional data the company sent me. Essentially, it boils down to the fact that Apple and App Annie are looking at the numbers from two different perspectives. Apple’s numbers are based on a historical perspective: growth from year to year to year. When you view the numbers that way, there’s significant and real buildup: 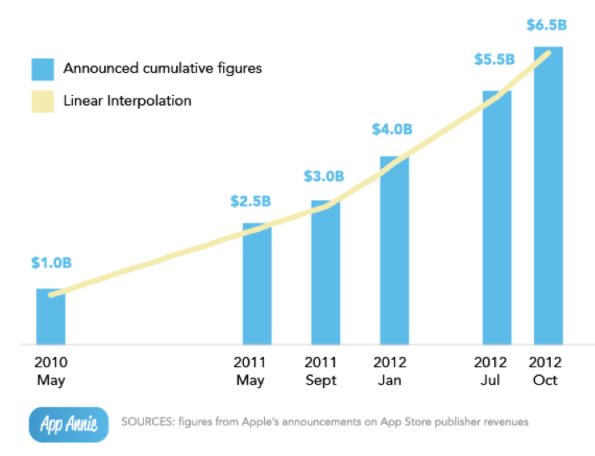 App Annie’s numbers — and specifically the 12.9 percent — were based on 2012 data only: growth of app store revenue from January to October. Very specifically, this is what App Annie was saying, and what CEO Bertrand Schmitt told me this morning:  “iOS’s October 2012 monthly revenues were 12.9% higher than their monthly revenues in January 2012.” 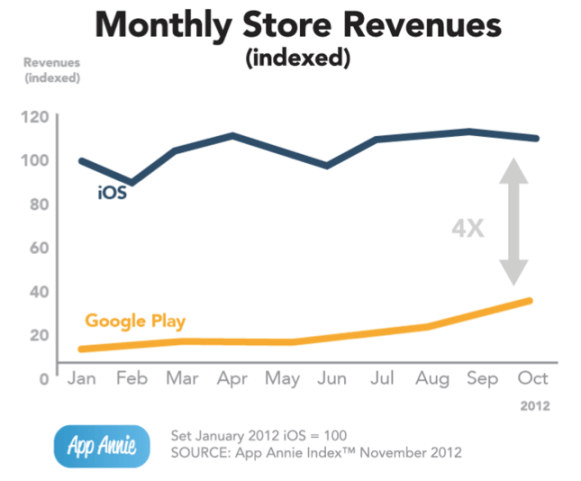 App Annie will be posting an update to its report shortly, which will more clearly specify exactly what the company was measuring and will include the following caveats:

We are comparing two single months of the year. We are not compounding growth across these months.

– This is not a year-over-year comparison

– Seasonality factors (device launches, seasonal events, etc.) are in play and do cause month-to-month fluctuations

So how does App Annie know this?

The company’s analytics tool is used by 40 percent of the top 100 app store publishers and over 150,000 total apps. The company tracks activity in those apps, including downloads, and then makes estimates of the overall app store picture. Because of the size of the sample — huge, relative to most surveys — the company has a very high degree of confidence in the results, App Annie VP Oliver Lo told me this morning.

And then App Annie sanity checks the results against Apple’s published figures, which have aligned closely to its numbers. Here, for example, is their data based on Apple’s numbers for 2012: 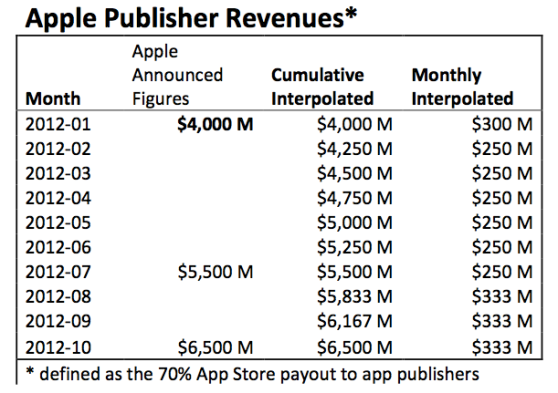 Those numbers, which show an 11 percent difference between January and October 2012, compare very favorably with App Annie’s internally-generated numbers, which led to the 12.9 percent growth — actually higher than Apple’s published numbers.

Using a similar method to look at app store revenues from 2011 to 2012 — the number I tried to tease out of Apple’s published figures — App Annie arrives at 92 percent growth:

That data is here: 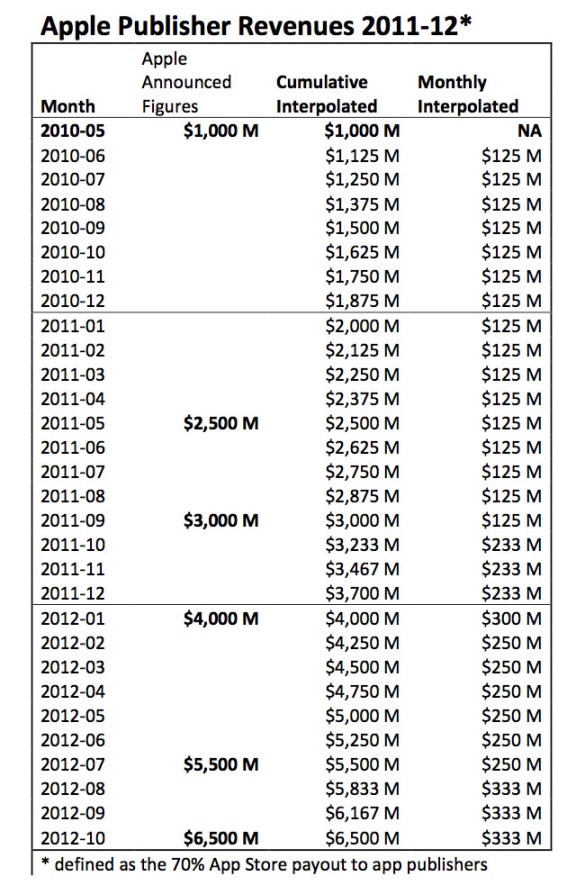 Which is consistent with Android grabbing massive market share this year, particularly in the third quarter — although Apple re-captured the lead, at least temporarily, with spectacular iPhone 5 sales in the U.S. in the last few months.

Which has to be concerning for Apple.