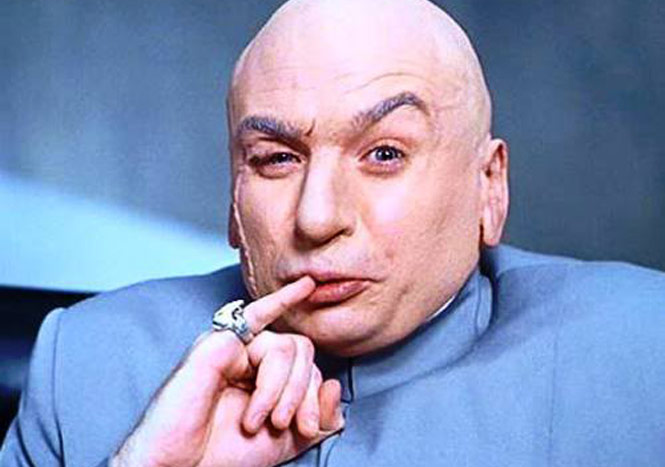 It may sound like a lot, especially with your pinky finger nestled next to your lips. But it’s $700 million too little, says Apple.

Apple won the billion dollar-judgment in late August when the U.S. District Court jury found Samsung guilty of willful patent infringement after just 21 hours of deliberation. The number was always going to rise due to that “willful” word, which can result in tripled damages.

But according to a Reuters report of a court filing late yesterday, Apple has decided to seek only $700 million more. Oh, that and a complete and permanent ban on the importation of infringing Samsung smartphones.

Apple had initially requested $2.5 billion, and it could have asked for a tripling of the $1 billion that was actually awarded. When paired with the fact that Apple filed with the court late on Friday — bound to be missed by most journalists — the $700 million would seem to indicate that Apple is sensitive to public opinion about patents, lawsuits, and competition by law versus competition in the market.

Especially when the permanent ban would cover more than 20 Samsung devices and could possible be extended to Samsung’s flagship Galaxy S3 as well. That would be a massive blow — and frankly would likely earn Apple more negative publicity than any size of court fine.

Samsung, of course, disagrees with the entire verdict and filed a motion in response, this one asking the court for a new trial. Essentially, Samsung also called the court unfair, saying that “the Court’s constraints on trial time, witnesses and exhibits … prevented Samsung from presenting a full and fair case.”

Samsung also recently struck out at Apple in another courtroom, attaching the iPhone 5 to an existing lawsuit.

At some point you would hope that Apple, Samsung, and Google (whose Android mobile operating system is, of course, central to this entire dispute) could sit down and negotiate a lasting settlement.

Because thermonuclear war — or even a ever-escalating cold war — doesn’t really serve anyone well.