With the HIMSS (2015 Healthcare Information Management Systems Society) show going on in Chicago this week and the Apple Watch set to debut on April 24, health and health care companies of all kinds are coming out of the woodwork to show off their new Apple Watch apps. 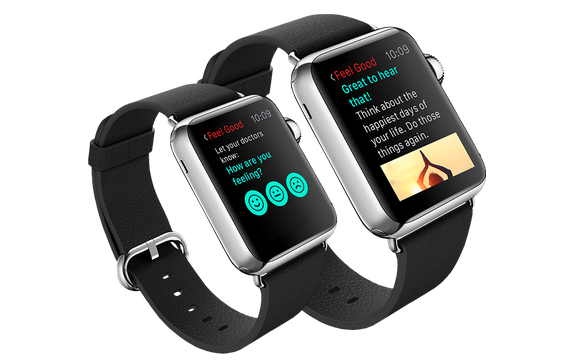 Some of these apps sound very compelling. In a world where pagers and landline phones are still widely used by doctors and other to coordinate care, an effective wrist-based communication tool could have a huge impact in hospitals and clinics. Some of the apps announced in the past week take a stab at filling that niche.

Other apps seem to struggle a bit to find their reason for showing up on a tiny wrist-based screen. Some health apps we’ve seen display information on the Watch about actions that can only be done on the paired phone. Certainly there’s some PR value in being perceived as a health company progressive enough to release a Watch app before the new Apple device even launches. I won’t name names.

The Watch has been billed as a device that could popularize and legitimize personal health tracking. Some of the apps announced this week use the Watch as a way of keeping patients better engaged, and even provide a conduit for reporting health biometrics to doctors.

It’s very early days, but there’s tons of potential for health apps of all kinds on the wrist — both on the patient side and the provider side. Here are some of the first ones out of the gate. 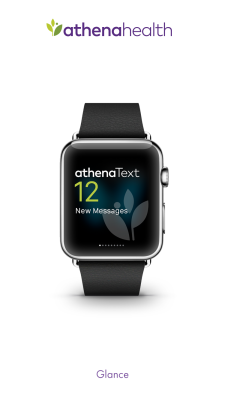 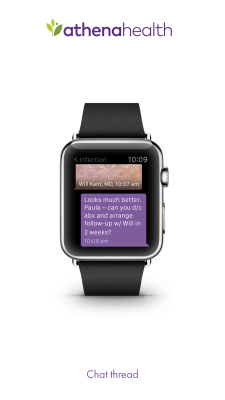 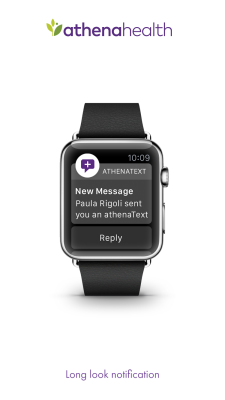 Athenahealth, a major provider of electronic health records for hospitals and clinics, has announced a new care coordination and communication Watch app called AthenaText. The app, Athenahealth says, is designed to help keep health clinicians fully present in the exam room while at the same time being “connected” to whatever information they may need. The caregiver can use the Watch app to send and receive secure text messages to and from other members of the care team and support staff.

The AthenaText app can sync care coordination activities and information across multiple devices so that the patient record is always up to date. The app for Apple Watch will be available at the Apple Watch App Store beginning April 24. The initial version of the app will provide read-only capabilities; interactive capabilities and the clinical intelligence workflow described above will be rolled out in future versions, beginning June 2015. 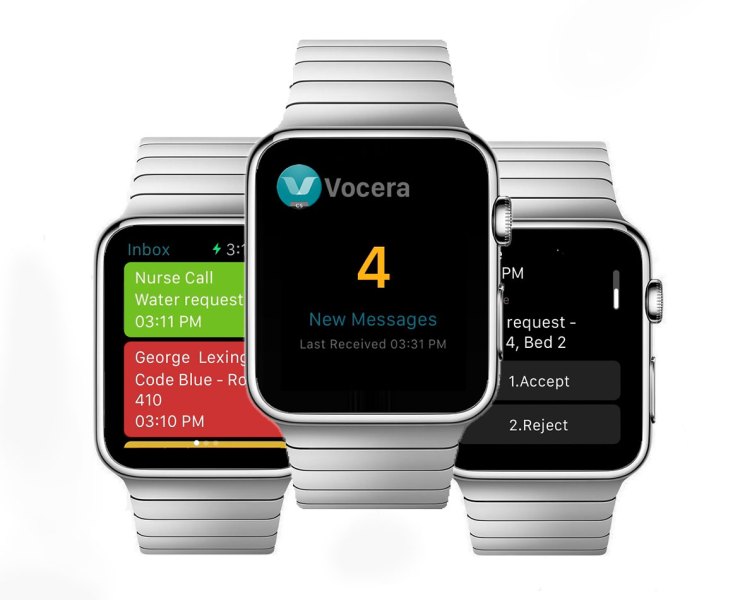 Like the Athenahealth app, Vocera’s clinical communications app will enable clinicians to receive messages from other care team members, as well as receive and respond to messages (like STAT orders and lab notifications) from clinical systems like EHRs. The app also delivers notifications of messages and phone calls to the user’s wrist, prioritizes messages using color codes, and allows the caregiver to initiate panic calls that connect from a paired smartphone. 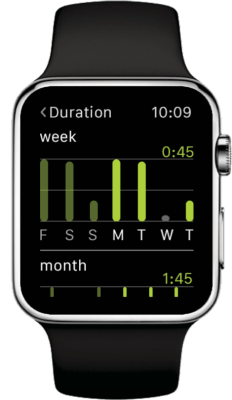 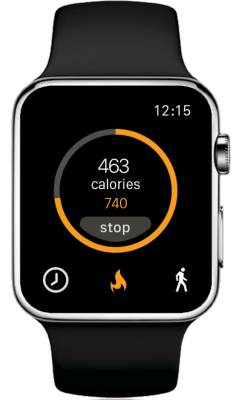 Watch-wearing Kaiser members can use the Every Body Walk! app to set fitness goals, track activity, and view statistics at a glance. The biometrics data is presented using simple and colorful graphics on the Watch. The app was originally created for smartphones in 2011, but its simplicity, Kaiser said, made it a good fit for the smaller screen of the Watch.

More specifically, the Every Body Walk! app tracks walking distance, walking time, and calories burned. Users can watch their progress while en route, save walking history for future reference, and share walks with friends and family via Facebook and Twitter. The new app will be available on the Apple Watch at launch on April 24. 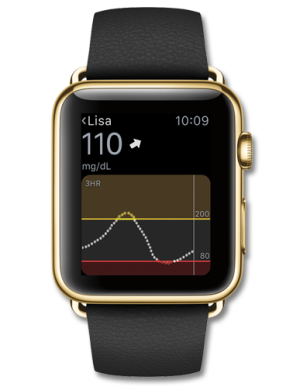 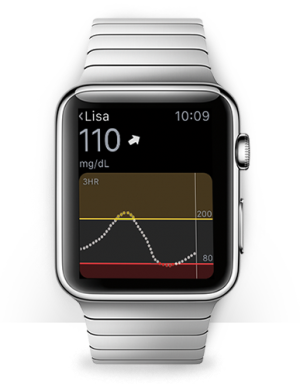 Dexcom’s mobile glucose monitoring system and its mobile apps were among the first in the category to be approved by the Food and Drug Administration. Now Dexcom has launched a Watch app that will allow diabetics (and people who monitor them) to track blood glucose stats on the wrist.

Here’s how it works. The Dexcom glucometer transmits blood glucose information to a receiver using Bluetooth Low Energy (BLE). The receiver then sends the information through the Dexcom iPhone app to the Apple Watch. The Watch app collects no biometrics data from the sensors on the Watch. 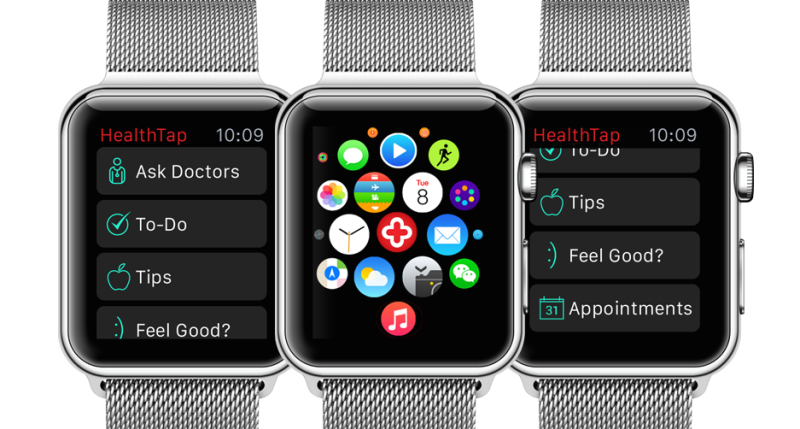 HealthTap, which offers health information and telemedicine apps, has created three new apps for the Apple Watch. The first one, simply called HealthTap, is a consumer app that appears to provide a smaller front end to the existing HealthTap app for smartphones. It offers a wealth of peer-reviewed health information, which can be called up using the voice recognition feature in the Watch. The app also provides reminders from doctors and other caregivers, health to-do lists, tips, appointment reminders, and other tools.

Another app, called HealthTap for Doctors, allows physicians to manage their HealthTap telemedicine patient roster using the Watch. Doctors can also use it to find specialized clinical information from other top doctors. The app lets doctors find new patients and practice from anywhere at any time.

Another new consumer app, called DocNow, lets users tap their Watch to request $2.99 per minute doctor consults. The video consults, however, must take place on a smartphone. The new apps will be available April 24, when the Apple Watch launches, HealthTap said. 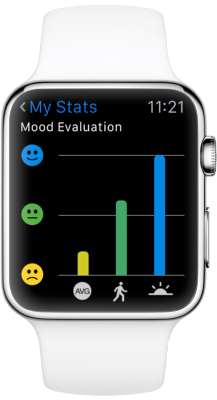 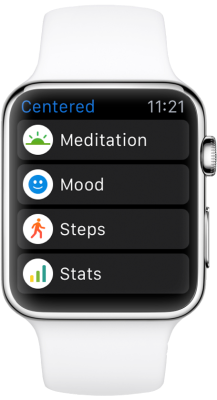 The Centered app tries to put a meditation coach on your Apple Watch. The app tracks users’ daily steps and monitors stress levels throughout the day, while providing guidance for mindful meditation sessions to help reduce stress levels. Blue Cross Blue Shield says the app “makes stress management actionable and intentional,” and in doing so can lead to better overall health and well-being.

The Centered App for Apple Watch will be available from the Apple Watch App Store beginning April 24. 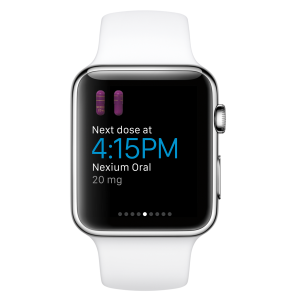 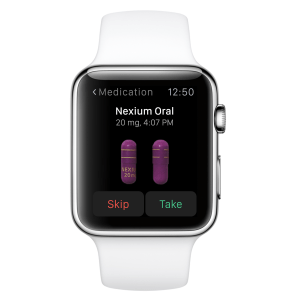 WebMD’s Watch app will remind users to take their meds

WebMD’s new app uses the Watch to display daily medication schedules and instructions, as well as pill images with dosage and timing information. It also gives the wearer reminders when it’s time to take a medication. 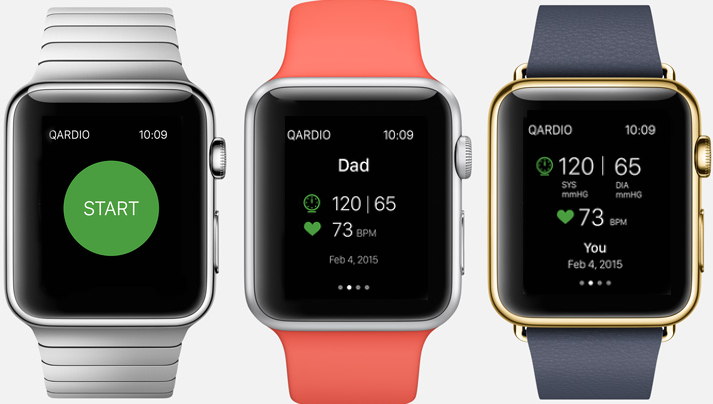 The Qardio app displays blood pressure data on the Watch

Qardio makes a series of blood pressure cuffs and systems, along with a series of apps that collect and manage the data. Now the company has added a Watch app, which also displays blood pressure and heart rate data (and history) collected by the various measurement tools. The app can be used either by the person with high blood pressure or by a loved one or caregiver monitoring that person’s health. 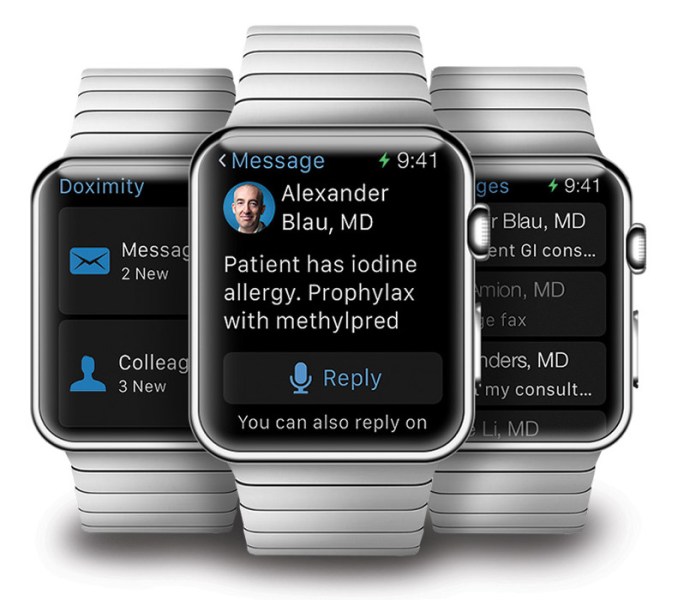 Doximity, which has been called the “LinkedIn for physicians” and whose network now includes more than half the doctors in the U.S., has added its entry to the list of health care apps for the Watch. The app is a HIPAA privacy-compliant communications app that doctors can use to send and receive clinical communications hands-free, Doximity said.

Doximity said that more than 70 percent of its member communications originate on mobile devices, and that 85 percent of those originate on Apple devices. Doximity’s mobile apps, and now the Watch app, provide a common platform for those messages, wrapping it all up with encryption and authentication technology.

Cerner, which sells electronic health records (EHR) systems to hospitals, has a new app for the Watch called HealtheLife. The app, Cerner said, is designed to keep patients more engaged and informed. To do that, the app sends push notification reminders to the user’s Watch. It also tracks certain elements of the the user’s health data and displays it on a small dashboard on the Watch.

This month, Cerner said, it will begin setting up some of its health system customers to collect biometrics and vitals data from patients via the Watch and the app, storing the data in the Cerner EHR system. Emory Healthcare and Agnesian HealthCare will be the first health systems to deploy the technology. Notably, Emory will receive the biometrics data from patients’ wearable devices (including the Watch) via Apple’s HealthKit integration platform. The HealtheLife Watch app will be available from the Apple Watch App Store beginning April 24.

The health plan Anthem and the health information exchange software provider CareEvolution collaborated to build a new patient engagement app for the Watch. It’s an extension of an existing iPhone app called the CareEvolution Collaborative Family Health Record (cFHR). The Watch front end of the app delivers notifications from both health providers and the Anthem health plan to users. This could include notifications of suggested preventive screenings, gaps in disease management and prescription refills, and potential drug interactions.

The app will be available in the App Store when the Watch launches April 24.

As the list of health apps for the Watch continues to grow, we will do roundups like this one from time to time. We’ll also keep an eye out for apps that we feel make especially good use of the Watch’s unique features, like the “taptic feedback” engine (the thing that silently buzzes your wrist) and the device’s close proximity to the body.