It’s supposed to be better than Spotify. Nobody knows exactly what it is. It will definitely involve a subscription streaming service, but it’ll be more than that.

So says a report in the Hollywood Reporter today. Apple executives attended a Grammys pre-party thrown by music legend Clive Davis, during which executives from the major record labels literally lined up to hobnob with executives at the Apple table. 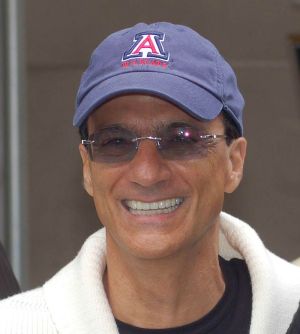 Iovine has reportedly been making the rounds in L.A., talking with the record labels quite a lot in recent months as it prepares to launch its new streaming service and a totally revamped iTunes service. Apple had every label sign a nondisclosure agreement before talking.

Cue and Kondrk posed for selfies with Universal Music Group chairman and CEO Lucian Grainge and Glassnote founder Daniel Glass, and asked people if they already had “met with Jimmy,” says the Reporter.

Apple bought Beats Audio in May 2014. Beats had its own subscription music service, but Apple has yet to back that technology into iTunes. It will. The price of the Apple service might be $7.99 per month, versus the $9.99 that Beats charges.

The Reporter cites an unnamed source close to the discussions as saying that Apple wants to do something far bigger than just streaming. The “insider” says Apple’s goal “is to be the music business; it’s not to compete with Spotify.”

That, of course, could mean a lot of different things. But one thing seems certain: Apple will take the lead on the branding and look and feel of the updated music service.