Apple is hosting one of the most important conferences of its existence this week in San Francisco, California. And the $412 billion multination juggernaut opened with a poem.

But not just any poem. This poem is Apple’s answer to Android, probably the greatest threat to Apple’s new post-PC incarnation. And it’s Apple’s shot across the bow of anyone who — like just about everyone on Wall Street — thinks that Apple’s days of ascendancy are over, that Google is our new pied piper of technology, and that Apple is no longer on the ascendancy.

In essence, this poem is Apple’s haiku to itself … to it’s own emotional and spiritual sense of who and what Apple is:

is busy making everything …

how can anyone perfect anything?

we start to confuse convenience 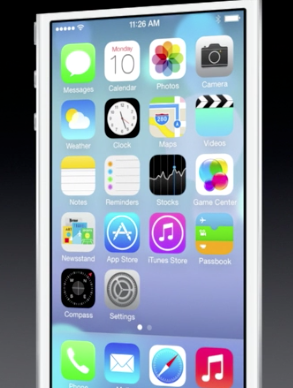 the first thing we ask is

what do we want people to feel?

then we begin to craft around our intention

there are a thousand no’s

until every thing we touch

“If everyone is busy making everything” is a pretty clear reference to the massive market activity on Android, with more developers building more apps for more phones from more partners for more users. And “how can we perfect anything” sums up Apple’s view of Android as a copied, cobbled-together operating system that despite Google’s best efforts, still does not approach iOS in sophistication and elegance.

As does, of course, the line about confusing “abundance with choice.” 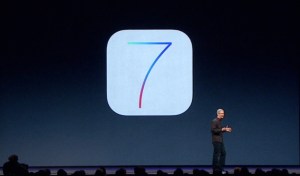 And then Apple showcased where its heart lies — in crafting emotions like surprise, delight, love, and connection. (The first is, of course, the reason that you cannot delete Apple’s own Newstand app for digital magazines: Surprise! Here’s an app you can’t delete!) A little more seriously, delight, love, and connection is certainly a valid, if partisan, description of what chief designer Jony Ive is attempting to create in iOS 7.

A thousand no’s for every yes is perhaps yet another reference to Android, with its millions of user-configurable options and open development environment which, one could argue, translate into a thousand yeses.

Which other global company, I wonder, would start its developer conference with a poem? None, I suspect. Which is probably why we both love and hate Apple.

If the message was being sent thousands of miles east to New York, it fell on deaf ears. Apple stock is down a few dollars on the day.

Wall Street, apparently, just doesn’t have an ear for poetry.