According to the report, the briefing was offered by Dr. Alistair Erskine, CIO of Geisinger, one of the earliest health systems to adopt the digital record-sharing system. Although the “Health Records” feature might be misunderstood as offering patients access to their full medical records, Erskine “emphasized that the initial rollout only applies to certain categories of data — allergies, medications and lab results, for instance — and not their full clinical notes.” 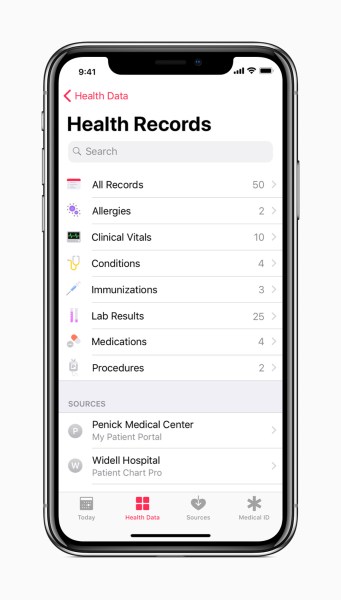 Beyond the narrower-than-expected scope, Erskine also suggested that the Apple initiative has issues with reach and scale. Specifically, he noted that Android users are unable to take advantage of the service, and also expected that it would take time before “the things we’re talking about doing at scale are really feasible.” The representative of Cerner, another company that collaborated on the Apple project, added at the briefing that the content users might consider most valuable — a patient’s longitudinal progress — isn’t yet available in the Health app.

The AMIA event contrasts with otherwise positive reports on Apple’s latest health initiative. A recent Harvard Business Review article said that the Health Records feature “could herald truly disruptive change in the U.S. health care system” by liberating patient data, empowering patients to “share it with whomever they wish in the course of their own health care journey.” Getting large numbers of doctors and hospitals on board, however, was cited as a key challenge.

Similarly, a MobiHealthNews report roundly praised the feature, noting that it increased patient engagement, offered access to information that normally only doctors can see, and proved surprisingly easy for health systems to implement. But that report also noted that Android’s superior marketshare — 53 percent to Apple’s 45 percent as of December 2017 — meant that only a minority of smartphone users could access the feature.