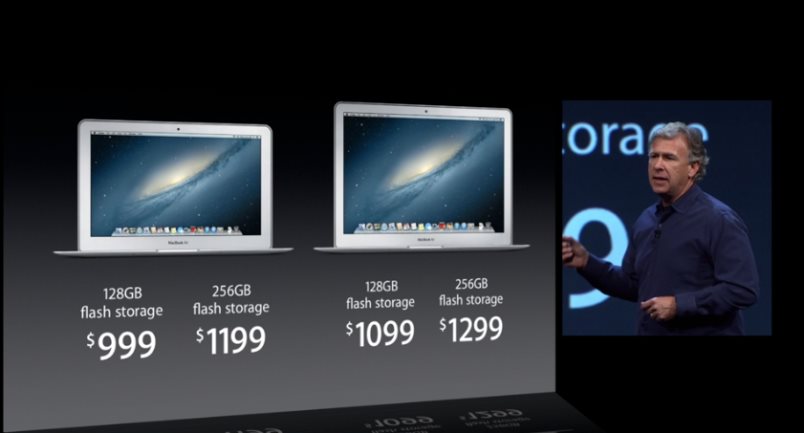 You’re out of luck if you were hoping for a fully redesigned MacBook Air, but Apple has announced some internal upgrades for its popular ultraportable that sound well worth the purchase.

Last year’s 11- and 13-inch MacBook Airs get 5 and 7 hours of battery life, respectively. The new models bump those figures up to 9 hours for the 11-inch model, and a whopping 12 hours for the 13-inch. Apple claims you’ll be able to watch iTunes movies for 10 hours straight.

The new models solve one of the biggest problems I’ve had with the MacBook Air — despite being a great device, my two-year old Air barely gets three hours of battery life with normal usage, even though Apple claims it gets around six to seven hours. I’m not sure if the new models will indeed see the battery numbers Apple claims, but they’ll at least do but much better than current MacBook Airs.

Among the other new features, the revamped Airs come with faster graphics capabilities and 802.11AC wireless, which Apple says is three-times faster than today’s 802.11n technology.

Both new Haswell-toting Airs are available today starting at $999 for the 11-inch and $1,099 for the 13-inch. From what I recall, that’s a slight discount for the 13-inch model compared to last year’s.