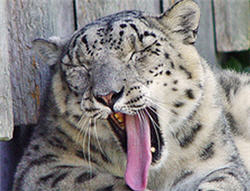 Many of the changes are low-key, in the manner of BMW’s annual revisions to its 3-series sedan. For example, nearby Wi-Fi networks are displayed not just by name, but with a meter for signal strength.

Reviewers haven’t trashed Snow Leopard, especially given its nearly-free price. But none of the most influential Mac product review experts are excited by it. And all of them hit problems. Problems that might keep you from doing your work on your Mac.

Problem No. 1: Some applications won’t work yet

There’s a crowdsourced list of what apps work and don’t at snowleopard.wikidot.com. Many of these apps will be tweaked in the next few weeks to make them work better with Snow Leopard. The list isn’t sufficiently thorough yet, specifically for Microsoft Office. Many professional reviewers have been just as vague about what fails for them. For example, New York Times writer David Pogue said that he “experienced frustrating glitches” in Microsoft Word and Photoshop CS 3, but he didn’t say what they were.

Here are some of the other problems reviewers have run into:

Wall Mossberg, The Wall Street Journal: Snow Leopard installed the wrong driver for one of his printers. His screen saver stopped working with some of the photos he’d configured to cycle through it. Apple told him it’s a bug. Microsoft Exchange support for email was tricky to setup. Walt required help from an Apple employee to configure it. You’ll probably need your IT department to help out.

VMWare Fusion, which runs Windows simultaneously with Mac OS X, was “glitchy.” His Cisco VPN software crashed not just itself, but the Mac it was running on. Snow Leopard didn’t recognize his Verizon cellular modem, another bug acknowledged by Apple.

Time Machine, the file backup system, stopped working on one of Mossberg’s Macs. An Apple employee found a corrupted file that Leopard had treated as OK.

David Pogue, The New York Times: He experienced “frustrating glitches” in Microsoft Word, Photoshop CS3, Flip4Mac, CyberDuck and TextExpander. Safari crashed occasionally. He hit sporadic “cosmetic glitches” in Snow Leopard’s user interface. I’ve asked him to give us more details, especially on the Word bug that could be a work-stopper for many.

Jason Snell, Macworld: Apple Mail crashed often for him, more than it did on Leopard. Safari also crashed several times.

Joshua Topolsky, Engadget: Wi-Fi conked out on one Mac, and they haven’t been able to get it working again. YouTube’s uploader stopped working, so that he had to upload his own demo videos to Engadget from a PC. MobileMe sync states became “confused.” Spotlight tried to re-index all of his Mac’s external drives. QuickTime will no longer present video on a different monitor, nor can he set full screen as a default. Some export options from the QuickTime player to another format are gone. Topolsky’s Turbo.264 HD stick stopped working. The disappearance of InputManage plugins in 64-bit apps mean that some of Topolsky’s favorite third-part apps — 1Password and Glims — are broken for now. Growl, GrabUp and Skitch also failed to work properly, as did Engadget’s Sprint wireless access card. Whenever they booted into 32-bit mode to get older apps to work, Safari crashed.

Through sheer bloody-mindednes and the begrudging use of a PC, Engadget has lots of videos of Snow Leopard in action.

Brian Chen, Wired: Adobe confirmed to him that Creative Suite 3 “may have compatibility issues.”

The basics you need to know about Snow Leopard