Apple’s Swift programming language hasn’t been around very long, but it’s already caught on in a big way with developers.

So says a new survey conducted by Stack Overflow. The survey sampled 26,086 people from 157 countries. Of the sample, 6,800 identified themselves as full-stack developers, 1,900 as mobile developers, 1,200 as front-end developers, and 12,000 as something else. 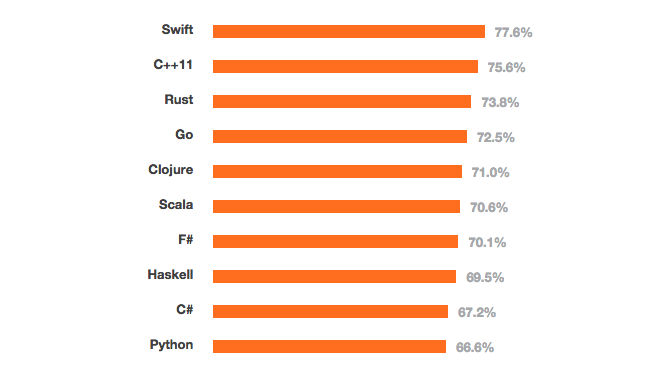 Swift has been lauded for being easier to learn, for its compatibility with Objective C, and for its speed.

The developers identified Salesforce as the technology they “most dread” working with.

The surveyors point out that the sample probably underrepresents developers in countries like China, Brazil, and Japan, who visit Stack Overflow less than do developers in other non-English speaking countries.