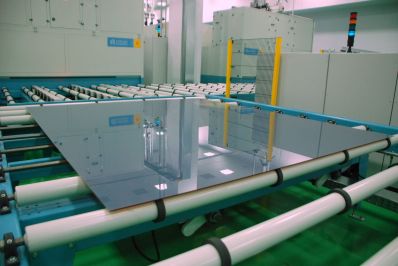 Applied Materials, one of several major corporations to jump into the solar energy business four years ago, announced today that it is scrapping its line of equipment used to make thin-film solar panels and laying off an estimated 500 employees in this division.

The semiconductor company was hoping to become a major force in the rapidly growing solar market, making several key acquisitions and building major manufacturing facilities, to give it a leading edge.

But since 2006, when the company really got the ball rolling on its SunFab equipment line, the price of silicon has dropped significantly, making thin-film a less compelling proposition. Today, amorphous panel products cost about 30 percent more than its peers’.

In the meantime, the company has seen its crystalline silicon panel and light-emitting diode businesses grow. As VentureBeat reported last month, following a tour of the SunPower facility in Richmond, Calif., crystalline silicon seems to have thin-film on the ropes. Not only is it much more efficient, and more widely adopted, but it’s starting to be cheaper too.

This is bad news for companies like First Solar and of course NanoSolar, which have both invested heavily in thin-film technology. Applied’s decision to migrate away from amorphous panels is yet another blow, a move that could raise the alarm among investors looking for smart, more capital-efficient investments in solar.

Apparently, when rumors first started swirling that Applied would be shrinking its focus on SunFab, it saw a bounce in its stock price — it confirmed the shift in March.

In April, two of its customers canceled their relationships with the company. Signet Solar withdrew plans to build an amorphous solar panel plant in New Mexico before declaring insolvency in June, and SunFilm filed for bankruptcy (two more signs that thin-film is on its way out).

Applied Materials isn’t just getting rid of SunFab, it’s planning to overhaul its approach to solar, which could cost as much as $425 million — even though axing its thin-film equipment strategy should save an estimated $100 million.

The semiconductor giant says that it will still be providing some equipment for thin-film production but that it’s focus will mostly be on tools to make silicon wafers and cells.