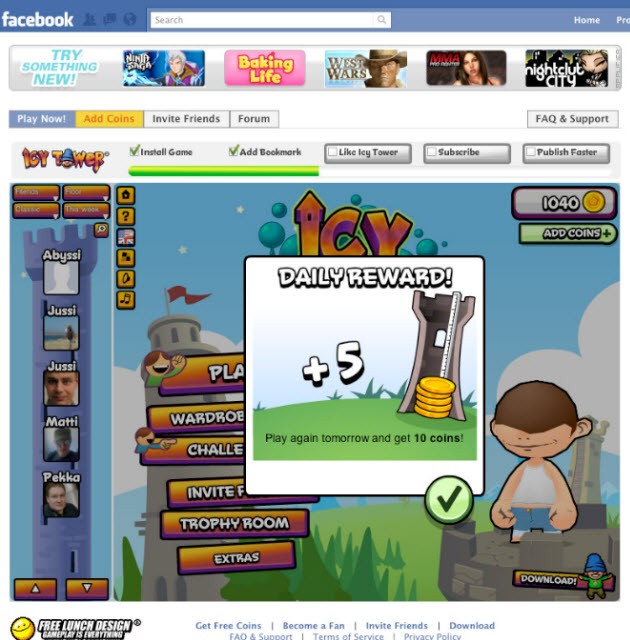 In Facebook games, the big three rule. Zynga, Electronic Arts-Playfish, and Disney-Playdom have more than 331 million monthly active users on the social network, according to AppData. That’s why a group of smaller, independent developers have banded together to use a cross-promotional game network called Applifier. They have nicknamed themselves the Rebel Alliance, after the heroes that struggled against the evil Galactic Empire in Star Wars.

Applifier draws attention to smaller games on Facebook by adding a “cross-promotion” bar to the top of each game that recommends games from other independent developers. Users can click on the recommended games to see if they want to play them. If the action leads to real business, then Applifier gets some kind of cut, said Jussi Laakkonen, head of Applifier in Helsinki, Finland, in an interview. 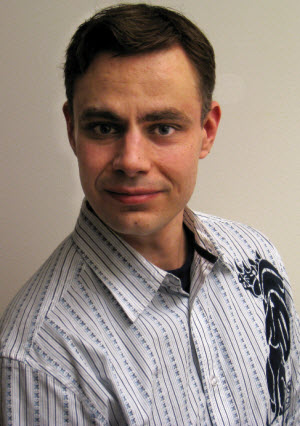 Those are great numbers and they make Applifier’s network second in size only to Zynga on Facebook. Laakkonen said the inspiration for Applifier came from the need to fix his own game’s problems. As the chief executive of Everyplay, Laakkonen was looking for ways to boost the company’s social games. The company was launching one of its games, Kamu Town, in mid-March, right at the time when Facebook decided to crack down on game-related messages in its communications. Facebook concluded that users who didn’t play games were getting too much spam and put restrictions in place that resulted in a loss of millions of users for social games. At the same time, advertising costs on Facebook rose rapidly to more than 50 cents per user acquired.

“We had our games in place and the viral channel was disappearing,” Laakkonen said. “We didn’t have the funding to heavily advertise our games. And we didn’t have enough games to cross promote them within our own network.”

Laakkonen brainstormed with the team and came up with the Applifier cross-promotion bar, which developers can add to their games with the addition of five lines of HTML code. He enlisted Nabeel Hyatt, a social game entrepreneur and head of Conduit Labs (which has since been acquired by Zynga) to help spread the word about it. At the outset, Applifier had some key partners in place such as Booyah. The cross promotion began on April 6 with seven apps and it quickly grew to 3.5 million users. Daniel James, chief executive of Three Rings, said his company added more new players in a day than it had in a month after being included in the Applifier network.

Cross promotion is a well-tested strategy. Zynga does it with its own games. Heyzap and Mochi Media do similar cross promotion for web games. Link Exchange, started by Zappos founder Tony Hsieh and Sanjay Madan, also did cross promotion when it was founded in 1996. The LinkExchange created banner ads that cross-promoted other ads. It was acquired by Microsoft for $265 million in 1998. Laakkonen saw Applifier as a LinkExchange for games. Applifier earns a commission on the clicks exchanged through the network. It’s similar to an ad-link exchange; a member that sends 100 clicks out receives 100 clicks back minus Applifier’s commission. Applifier sells the clicks earned as its commission based on whether users click through or actually install an application.

Laakkonen said that the key ingredient for the games in the network is that they have to be great. No amount of cross-promotion can help a bad game, he said. Sadly, Everyplay’s own games haven’t taken off, so the success of Applifier means that Laakkonen has to focus on his winning idea. Everyplay will stop making games and continue on as Applifier. Laakkonen plans on relocating to San Francisco.

What remains to be seen is how much the Applifier network can grow. Will the Facebook social gaming market be dominated by the big three, or will there be a long tail, where many small companies thrive by selling large numbers of relatively obscure titles.