Pritzker Group Venture Capital led the round, with participation from existing investors Silverton Partners and Hemi Ventures, while the Venture Reality Fund and GFR Fund joined as new investors.

To date, the Jersey City, New Jersey-based company has raised more than $10 million in total capital in pursuit of its goal of leading enterprise AR for the pharma/biotech industries and, by extension, lab, line, and suite environments.

The Apprentice platform is designed for everyone from the scientist working in a lab to discover the next ground-breaking drug to the operator in a manufacturing suite getting that drug to market for millions of patients around the world. 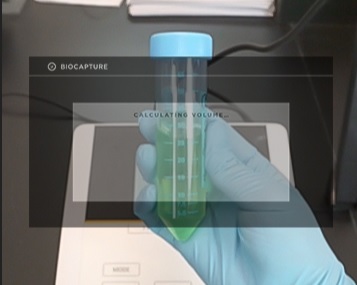 In a cleanroom gown, a lab technician can use Apprentice’s conversational user interface (UI) to access complex procedures, visualize a 3D technique demonstration, and intelligently capture or track data using computer vision — all without touching a single piece of paper.

“We like to say that we don’t just augment reality; we augment human ability,” said Apprentice.io CEO Angelo Stracquatanio, in a statement. “AR and AI are changing the way workforces across all industries solve problems and share information, ushering in the next wave of human potential.”

“We are absolutely thrilled to be collaborating with the leader in AR and AI,” said Peter Liu, vice president at Pritzker Group Venture Capital, in a statement. “Angelo and his team of experts have a clear vision for what will be the next generation of enterprise AR. It was among the many reasons we were eager to invest at this stage.”

The startup has tripled in size and customer reach, adding numerous top Fortune 100 clients across the U.S., Asia, South America, and Europe. The New Jersey Tech Council recently selected Apprentice.io as the recipient of the 2018 Outstanding Technology Award for its innovation and leadership within life science industries.