In case you missed it, Howard University and Google recently announced that they were partnering to attract more African American students to study computer science, targeting a segment of the tech population that is notoriously underrepresented (along with women).

The Google/Howard partnership is a small step (albeit an important one) with a specific goal — to bring more people of color into the tech workforce. The industry is truly missing out on a lot of great talent. However, the fact is that only by changing the way we recruit, inspire, and educate (train) students from the outdated “lecture and regurgitate” mode to a more progressive model, where students learn practical skills and improve their problem solving and collaboration skills via hands-on projects, can we hope to begin filling all the jobs now and in the future.

Businesses need more skilled STEM workers. There are a quarter-million job openings for software developers in the U.S. alone and half a million unfilled jobs that require tech skills — and the forecast predicts 2.4 million unfilled STEM jobs by 2018.

If you take a closer look at our education system, it’s immediately apparent that little has really changed since the 19th century, when the standard methodology was to get the rural population ready to work in factories. 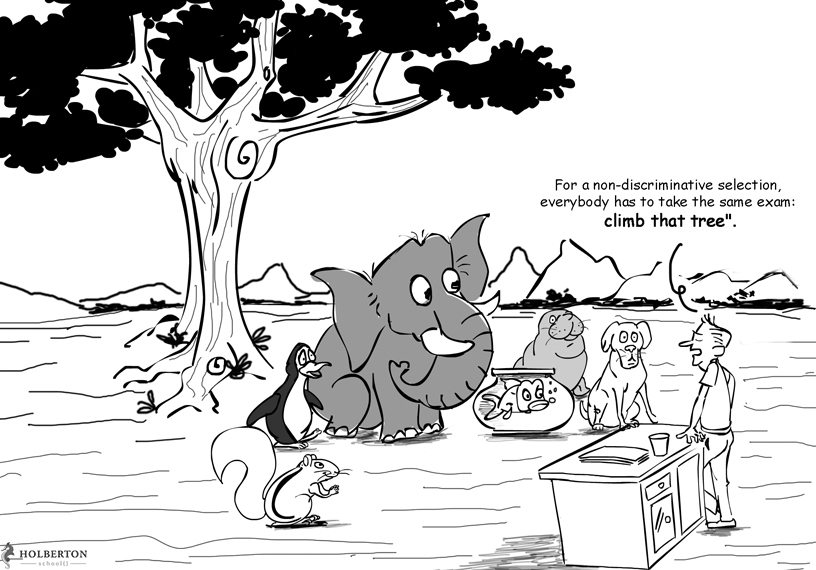 While this type of education fits some people and institutions, it does not favor everyone. And, more often than not, those not favored are branded as failures or see themselves as failures. In fact, it’s the cookie cutter methodology developed more than a century ago that continues to fail them.

Since the tech industry requires a diverse and qualified pool of workers, it wants to bring alternative, and specifically, more practical, training back to the table. Benioff, who is actively investing in Bay Area education, now aims to take his ideas national. He recently ensured that his new moonshot — to get the U.S. government to create five million apprenticeship opportunities within the next five years — was right on track. He met with President Trump, who agreed his request made sense. If this initiative does happen, it might drastically change the U.S. job market, which currently only has half a million apprentices.

And the initiative follows a trend: Microsoft recently announced an apprenticeship program to train the next generation of software engineers, which aligns with its commitment to train 30,000 new apprentices by 2020. Airbnb started a similar program last year, explaining that the company would build better products if its team was as diverse as the community it serves.

Learning by doing, which has been considered for decades as the only way for tradespeople to develop skills, is gaining converts. Often associated with blue collar jobs, its practices are well-suited to the STEM fields, especially engineering, which represents a big part of current white collar jobs.

“Apprenticeship has proven to be very efficient in countries like Germany, Switzerland, and Austria, which have among the lowest youth unemployment rates in the world,“ says Kristin Keveloh, head of strategic partnership at the Global Apprenticeships Network. “While the term ‘apprenticeship’ does not have a good reputation elsewhere, the model forms an essential part of the education and training landscape in these countries, and I increasingly see corporate and government leaders discovering this model as great training for the next generation of workers.”

Apprenticeships, progressive education, and vocational training get students to a level of proficiency and experience that makes them productive on the job from the start. Additionally, it brings to the table people who have not been drilled in the rote learning methodology most Universities use.

“One big issue that we have with standard college education is the lack of focus on practical knowledge,” says Neha Jain, senior software engineer at LinkedIn. “Students who realize this limitation and start working on side projects or contributing to open source end up doing better. Spending time honing the craft of writing good code is greatly more valuable than trying to learn theory only.”

Initiatives like the Google-Howard University partnership and Salesforce’s push for alternative education will help grow and foster diversity in the tech industry.  And it’s encouraging to see that tech can count President Trump as an unexpected ally in its quest for apprenticeships. Who knows, perhaps President Trump and his administration might actually help make America (and the tech industry) great again.