Back in January, the San Francisco-based AppsFlyer raised $210 million at a $1.6 billion valuation in a fourth round of funding led by General Atlantic. At that time, AppsFlyer said it had raised more than $294 million. AppsFlyer’s goal is to accurately measure mobile ad spending and become a “democratizer” of mobile marketing.

AppsFlyer raised its new funds just as shifting privacy policies and regulations are poised to transform the marketing landscape. Apple will make tracking advertising results harder when it retires the Identifier for Advertisers (IDFA) in a bid to boost user privacy. That’s a blow to targeted advertising, but in a poll of AppsFlyer’s mobile marketing customers, 37% admitted they are clueless about what the change means for their businesses.

U.S. AppsFlyer president Brian Quinn said in an interview with VentureBeat that AppsFlyer has seen increased demand for its expanding suite of products, including attribution across platforms, marketing analytics, fraud protection, incrementality measurement (advertising that helps get new users), and customer experience and engagement tools.

“Salesforce Ventures has the confidence in us and our platform, which provides mission-critical measurement and attribution solutions that are increasingly being adopted in mobile marketing tech stacks,” Quinn said. “With the pandemic and the economic uncertainty, there has certainly been a lot of acceleration in digital transformation amongst enterprises. And that’s typically where we see Salesforce in their marketing cloud.”

AppsFlyer connects app developers who want to advertise their apps and games to more than 8,000 partners via its marketplace. The AppsFlyer platform is rapidly becoming a core component in the most advanced marketing tech stacks, which Quinn said is one of the reasons Salesforce Ventures is investing in AppsFlyer. It helps fill out the picture for companies that are trying to track their relationships with customers across many platforms, and that is at the core of what Salesforce tries to do. 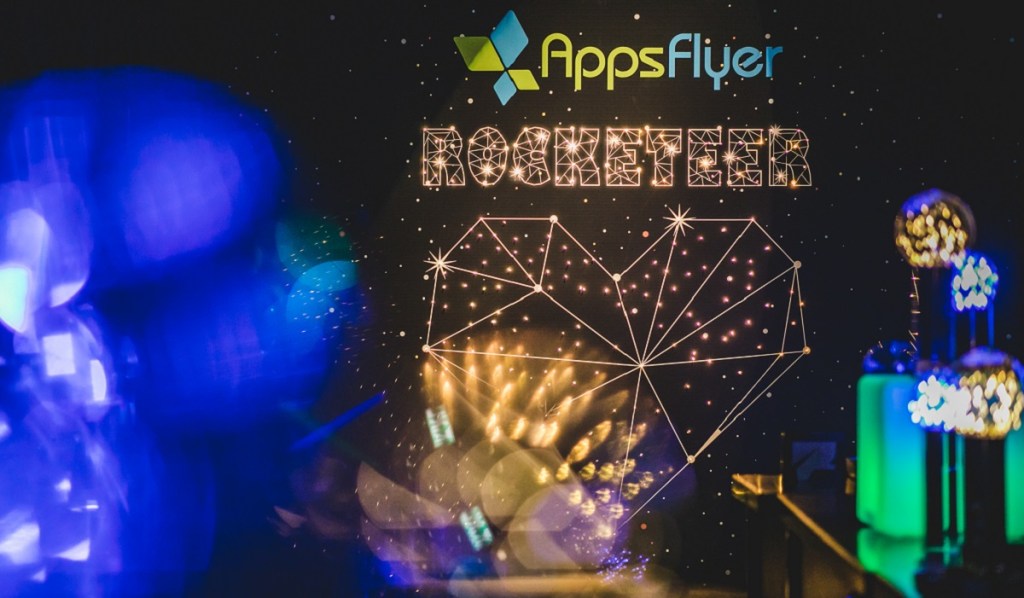 Above: AppsFlyer has raised more than $300 million.

AppsFlyer’s offerings include privacy-centric attribution solutions for iOS 14 in a post-IDFA world.

“What we are seeing is the reliance upon privacy-centric measurement solutions,” Quinn said. “There will be future changes with regulation with other platforms. And so the market is really hungry for solutions that give them visibility into their marketing, give them tools to measure and to attribute, to fight fraud, do segmentation, and deliver great user experiences.”

AppsFlyer’s products cover a lot more platforms than just Apple and help marketers sort out what they can do on those platforms when it comes to targeting advertising, Quinn said.

“As you know, globally Google Play has much more penetration and fragmentation, and so IDFA only impacts a piece of what our clients are interested in,” Quinn said. “Most marketers want to take advantage of things like App Clicks in iOS 14, but they need analytics and measurement solutions in order to do that. Measurement solutions are going to become more complex.”

Apple will provide its own SKAdNetwork as a replacement for traditional measurement, showing the effects of ads in a 24-hour window in a privacy-friendly way. But AppsFlyer will layer its own solution on top of SKAdNetwork, Quinn said.

“This is just one of many offerings in our portfolio,” Quinn said. “Apple is trying to inch the world to a more privacy-compliant state, and that is very much in line with what we’ve been doing.”

Rivals include Adjust, Kochava, and Singular.

“Others are doing aspects of what we do, but given the breadth of our offerings, we have a competitive edge,” Quinn said.

A big expansion over the years 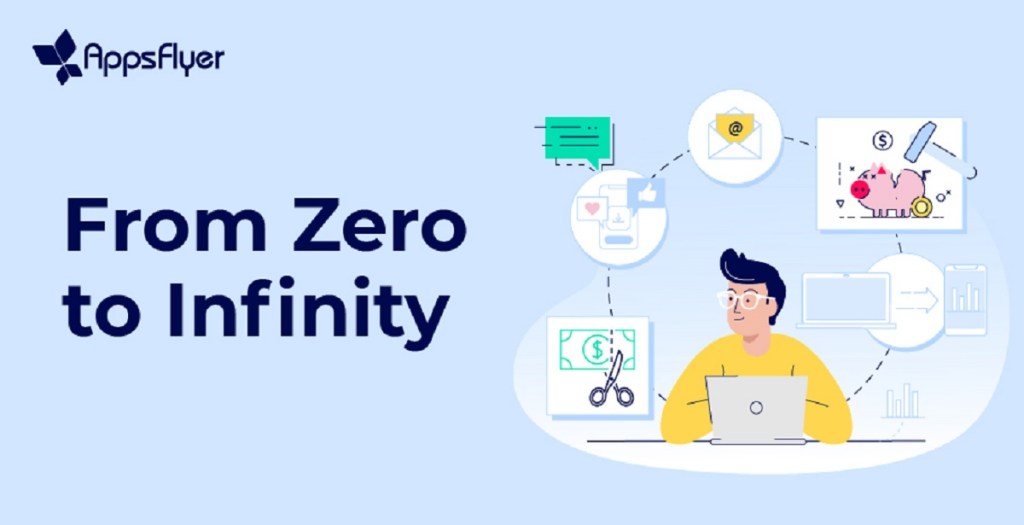 Above: AppsFlyer has new funding from Salesforce Ventures.

AppsFlyer CEO Oren Kaniel founded the company in 2011 as a mobile attribution firm, which means it measured the results of ad campaigns, attributing a new user to the ad that drew them to an app or game.

As it expands further beyond the measurement it started with, AppsFlyer has recently introduced two new products. One is Xpend, a cost aggregation solution that extracts cost data from any source and accurately calculates return on investment (ROI) across the entire marketing journey. The other is Incrementality, which helps brands figure out which users are likely to upgrade to a new product without prompting and which users have to be targeted with some kind of marketing campaign, Quinn said.

The company also plans to increase its global headcount significantly in 2021.

AppsFlyer says it works with 12,000 customers, 75,000 marketers and developers, and 89,000 apps. It measures about $28 billion in ad spending a year and a trillion events a month. The company claimed it blocks more than $8.1 million in fraudulent ads each day.

“We connect, we integrate into their marketing cloud,” Quinn said, regarding Salesforce. “Email marketers may have a big brand with a lot of promotions. They have to understand the connections between the campaigns and the actions the users take. That connection comes from AppsFlyer. They get more visibility into what’s working.”

AppsFlyer has invested heavily in deep linking and deferred deep linking. This means when a user clicks on an ad and starts to fill out a form, the app can return that user to the app they were using when they clicked on the ad. AppsFlyer tracks the links necessary to take the user back to the right place.

“It sounds trivial, but it’s actually very hard to do,” Quinn said.

In another connection to Salesforce, AppsFlyer can help marketers transform customers from email on the web into more lucrative app users. That shift increases conversion rates, with higher purchase prices. And analytics confirm that moving consumers from the web to the app is a valuable step, Quinn said.

With Xpend, AppsFlyer takes cost data for marketing spending and centralizes it. Then it allows app advertisers to compare their costs and spending side by side, as well as their results.

“That’s very complicated to calculate, and it’s time-consuming for customers to do,” Quinn said. “So we’re helping aggregate all these different costs in one system.”