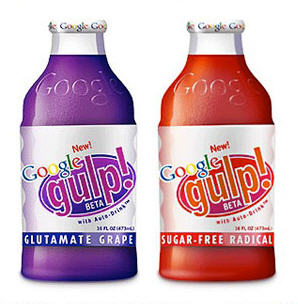 My April 1st feature for The New York Times asks The Onion, Facebook, corporate pranksters The Yes Men, and anti-fraud firm Identity Theft 911 to explain how to tell what’s real on the Internet from what’s not.

The problem is that new Internet inventions can read so much like practical jokes. Remember April 1st, 2004, when Google announced a free email service called Gmail? A gigabyte of free personal storage was paired with an ad server that reads your mail. Hilarious, until people learned it was real.

As it turns out, the same buttons pushed by a good April Fools’ prank are similar to those that get people to fall for online fraud. Be careful of anything that makes you excited and angry at the same time. If it’s too good — or too bad — to be true, it probably is.

Most of this year’s April Fools’ hoaxes will somehow involve Google. The company now has the world’s most powerful brand, and its free services reach into most of our lives. So anything that suggests a runaway Google monster has potential. My favorite so far: Google Jail for Communities, which replaces the prison system with a much more attractive form of incarceration in which criminals are given the same gourmet food and broadband access as Google engineers. 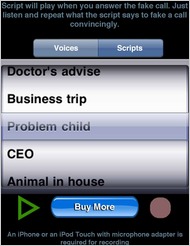 If  you feel like fooling a few people in person, my Times colleague Bob Tedeschi did a roundup review of prankster apps that let you pretend to be having a smartphone conversation with someone else – Gotta Go, Fake Conversation, Fake-A-Call, SMS Faker and Fake-Call Me.