ARKit’s release in 2017 unleashed a new category of mobile apps and created a greenfield for mobile app developers. The more than 1,000 AR apps already in the App Store cover a wide range of developers, from big corporations like the NBA and Ikea to indie game developers and independent hackers.

In addition to creating new standalone apps, both Apple’s ARKit and Google’s counterpart, ARCore, offer developers and companies an opportunity to engage users of their existing apps with new AR features. But it might be better to approach this tech as “AR as a feature” — not as the end-all, be-all of the app. It is important to note that while AR is a hot topic that’s quickly gaining momentum across industries, it doesn’t necessarily mean you have to use it in your branding. Depending on your core audience, it could be could be confusing for those unfamiliar with the technology, and by engaging users through multiple potential entry points, users immediately understand the value of the feature.

One of the best examples of “AR as a feature” is Amazon’s addition of “AR View” into its main mobile shopping app. It enables customers to digitally place an item they might want to buy on a real location. Customers can now “see” how that armchair would actually look in their living room. By adding the AR as a feature, Amazon was able to create a new layer of value to the shopping experience for its customers, without having them leave the app to open a separate tool.

Companies should have multiple entry points for the user to find the tool and to make sure its placement provides relational context for those users that would be unfamiliar to its purpose. Again, Amazon has done this well by introducing it through the camera icon on the Home Screen. This provides the context that the AR feature allows a view of product through the camera. It also created a playful aspect to the AR by making it so users experiment by “viewing” novelty items (such as the Back to the Future Delorean) and cartoon characters.

The second entry point is through product pages. At this point, AR View is providing utility by helping users solidify a buying decision. They can view the product in the real world, at scale, and walk around the product to see all sides of it. Notice that Amazon does not use the term “AR View” here but instead uses descriptive language: “See how this product fits in your room.”

Adding “AR as a feature” to your existing app can offer value to your customers and engage them in new ways. Here are some other opportunities and examples of AR as a feature.

One of the main use cases of AR is the capability to enhance the real world by showing what it looks like by adding to it. This can be done in the form of products, face filters, 3D animated characters and much so more.

Other retailers such as Ikea, Wayfair, and Target have added AR into their apps to showcase how products look in your room. Sephora is using AR to enable customers to try on makeup before purchasing. This gives them the tools to test new colors and play around with styling their own face. It not only keeps them engaged in the app, it allows for a whole new sensory experience with new products, but also creates a deeper connection to the brand. 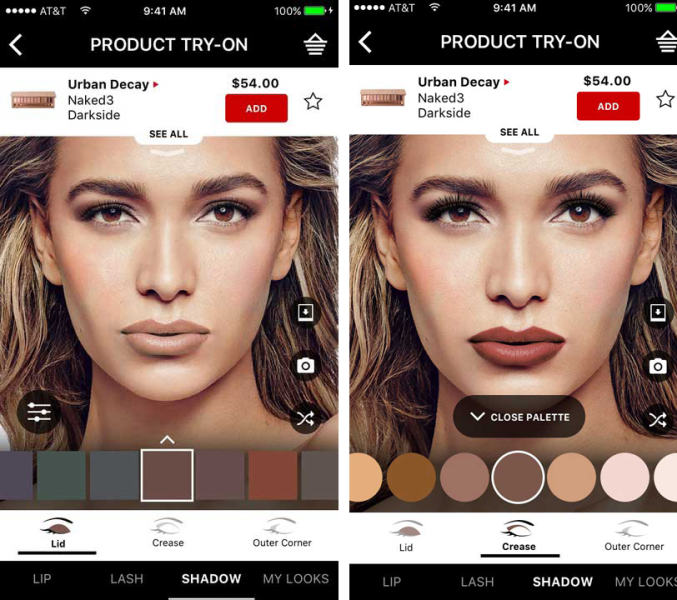 AR in social media already met wide acceptance, and one of the most popular AR features is Snapchat’s Lenses. Most of us have seen (or interacted with) the Dancing Hotdogs or the 3D cartoon Bitmojis. In gaming, who could forget the craze of Pokemon Go where augmented reality Pokemon and characters could be found at various locations, The company even held a Pokémon Go AR Photo Contest that challenged people to submit the most epic images of the AR characters in the real world. And now any social platform or gaming app can add AR Lenses to their app offering their uses a new way to create content.

AR can also help users better understand the world around them. Product designer Isil Uzum created a prototype where she reimagines the House Manual feature on Airbnb.

By displaying notes, photos, and videos as they relate to the real world, AR can help users better understand complex or non-intuitive environments. How-to guides and tutorials can be enhanced by overlay instruction on the real world item. This application can be used across industries, products and objects (detailing car repairs or instructional use of a machine) to even providing a new audio/visual layer to physical locations, such as visual guides for museum displays because AR is not limited to only visual augmentation. Google’s Pixel Buds are great examples of an auditory AR experience. The headphones provide real-time translation to help users better understand the world around them if they are traveling and do not understand the language.

Combining image/object recognition with AR can result in many new opportunities. This demo by Intopalo shows facial recognition being used in an office setting. Imagine new ways for companies such as LinkedIn and Facebook to leverage this feature for identifying and recognizing connections in real-world settings.

In addition to facial recognition, machine learning will enable us to recognize the majority of objects and images in the world. In the same way that Shazam gave us audio recognition at our fingertips, AR combined with computer vision will empower users with real-time visual recognition. Consider how recognition of items (clothing, cars, text, etc.) in the real world can be added as a feature for your users to enhance their experience.

Disney has just announced they have created a way to render virtual characters in augmented reality that can respond to real-world objects. This could take their theme parks, games and toys to a whole new level.

While AR interacts with the world in front of you, VR transports you to new environments. Combining the two technologies results in a mixed reality that can offer users a unique immersive experience. One of the more interesting features in AR is the use of portals. By placing portals in the world, users can teleport to new places using 360 photos, 360 videos or 3D worlds.

Above: An AR portal generated in Viro

Travel apps can add AR Portals as a feature to help users experience their desired destination. From viewing hotel rooms and patio views to previewing an adventure tour, mixed reality can provide the customer with an experience rich enough to validate making the purchase.

In an ever-growing app marketplace, it can be difficult to stand out and attract users. AR offers an opportunity to use new incentives that warrant downloads. Apple has been heavily promoting AR apps in their iOS app store with dedicated categories like “AR Apps We Love” and “Shop with AR” to make discovery of the enhanced apps easy for customers. Rather than competing with Instagram and Snapchat, AR apps can get featured prominently in the App Store against a much smaller pool of competitors.

AR represents a new opportunity for companies and developers to engage their customers with new features. As more customers upgrade to ARKit enabled devices like iPhone 8 and X and ARCore comes to Android, the number of AR users grow exponentially. Examine your apps to see how you can use AR as a feature to enhance, explain and expand your product offerings and re-engage your customers.

Danny Moon is the CEO and cofounder of Viro Media, a platform for developers to rapidly build AR and VR applications.