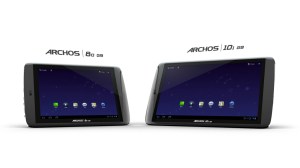 Hard drive and storage company, Seagate, announced today that it is putting its super slim notebook hard drives to new use. The drives, aimed at ultra-portable devices can now be found in Archos‘ G9 8-inch and 10-inch tablets, Android powered devices.

The problem is, it’s a spinner hard drive circa iPod generation one.

With the new hardware, Archos G9 users will have 250GB of space as opposed to the 16GB, 32GB, and 64GB options available in the Apple iPad, Samsung Galaxy Tab, and Motorola Xoom. Sure, all that extra room for your heavy entertainment files might be nice, but not when it loses battery and becomes dead weight in your messenger bag.

At least performance issues have been addressed. In fact, Archos seems confident. It boasts that the tablet is one of the fastest available given its 1.5GHz processor. iPad, Galaxy Tab and Xoom all have 1GHz. According to Joni Clark, product marketing manager of Seagate, performance is also supported by the way people use tablets. Clark explained that people generally see tablets as a consuming device. They do their “creating”, such as document writing, larger scale photo editing, etc. on notebooks. Thus, the wear on the drive in terms of battery power and performance is less.

Not so sure I agree here. True, I’m much more likely to write an e-mail on my tablet than an article. But, I’m equally as likely to watch a small YouTube video as I am to download and watch an entire movie. Extra gigabytes for that media are great, but space is worth nothing if my tablet dies right at, “Luke, I am your father.”

While this may be a dud, Seagate does have some promising thoughts on mobile. The Seagate Momentus XT, currently only available in notebooks, could be the component needed to take expanded tablet drives to the next level. 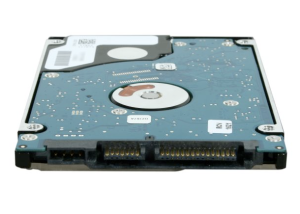 The roughly one year old technology works as a hybrid model, taking expensive flash technology and combining it with your tradition spinner. First, it saves any programs and files to the traditional hard drive. Then, an algorithm called Adaptive Memory Technology detects what is frequented most and copies it to the flash drive. Consider the AMT your personal money-saving stalker because by copying only your “favorites”, less of the expensive flash drive is needed.

Hybrids are particularly efficient with battery and performance as well. Traditional spinning hard drives tend to break down, slow down and die faster than their flash counterparts. Since favorites are saved to the efficient flash, less time is spent working off the traditional hard drive.

This is where it gets interesting for tablets. If a hybrid hard drive can be placed in mobile devices, it could mean gaining space without sacrificing quality and duration of usage. It also means cutting cost usually associated with flash technology.

Seagate was a 2007 DEMO participant.