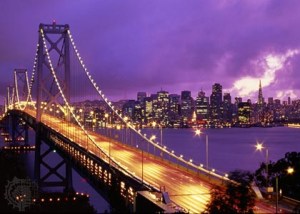 Here are more details on VentureBeat’s special event in SF on January 5 focused on innovation in the enterprise. Why enterprise? Well, it’s one of the sexier areas for entrepreneurs right now.

Sure, the consumer companies — Facebook, Zynga, Twitter — led the revolution. But now the disruptive social media and cloud computing trends are hitting the enterprise — and there’s a lot of action there.

As mentioned, the first part of the event in invite-only, and features an on-stage demonstration by Steve Wozniak, co-founder of Apple and currently chief-scientist at Fusion-io, who will be unveiling some cool stuff.

We’ll follow that up with a blowout bash that is open to a larger tech influencer audience, including entrepreneurs, developers, press and investors. (Register here fast, because we have limited capacity).

But there’s more to it than just an incredible party. We’re looking for you — college students, fresh-minded young entrepreneurs — to showcase the amazing enterprise technology emerging from trenches of Stanford, UC Berkeley, MIT and beyond. We’re giving six student-led startups the opportunity to present their ideas in front of a select group of influencers, venture capitalists, and media via an on-stage, six-minute demo.

Alongside the on-stage demo, students will receive:

The best part? It’s free. Thanks to Fusion-io, who is a co-host of the event, and sponsor.

Applications are still being accepted. Requirement: You should be a student-run business and have a product focused on the enterprise.

The Fusion-io, DEMO and VentureBeat teams look forward to kicking off the New Year with this memorable event!