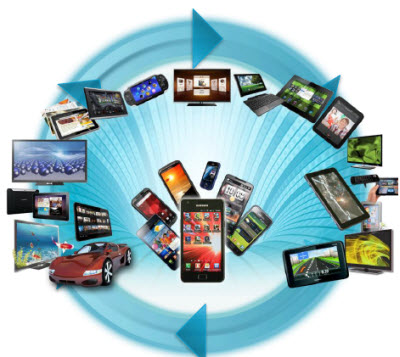 ARM is gunning for leadership in high-performance mobile graphics with the release of its design today for a new graphics processing unit (GPU).

The move shows that visual computing has become so important in devices such as tablets and smartphones (including beefy ones known as superphones) that ARM, the leader in low-power mobile processors, has to focus on providing extra graphics processing power as well as computing power.

The company is making the design of the ARM Mali-T658 GPU available today for chip makers to begin designing into their ARM-licensed chips. New products using the GPU could hit the market around 2013, said Ian Smythe, director of marketing at ARM’s media processing division, in an interview.

“We’re looking for leadership over the competition,” Smythe said. 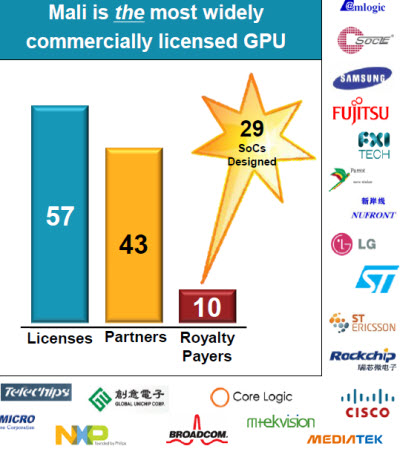 mythe said the move is aimed at leapfrogging rivals such as Nvidia’s Tegra chips. Nvidia described its latest Tegra 3 chip yesterday and plans on making new graphics-focused mobile processors every year. So by the time the ARM chips hit the market in 2013, there’s no telling who will be the leader. Nvidia is both a competitor in graphics and a partner of ARM’s as a licensee for its central processing units, or CPUs.

Smythe said the new graphics will usher in the days when mobile devices are the primary compute platforms for users, with cool new user interfaces, high-quality touch screens, universal connectivity, and content creation on the mobile device itself. But all of that has to happen with energy-efficient processing, which is ARM’s specialty.

ARM doesn’t make its own chips. Rather, it creates architectures, or designs for the chips, which chip makers license and make themselves. ARM has 57 licensees for its Mali GPUs.

Smythe said the ARM Mali chips might be used in connected TVs, since the chips should be able to run next-generation TV resolutions such as 4K.

“We’ll provide graphics that scale from the low-end to the high-end,” Smythe said.

Smythe said the ARM is already working with partners on the new Mali GPU. Supporters include Fujitsu Semiconductor, LG Electronics, Nufront, and Samsung. 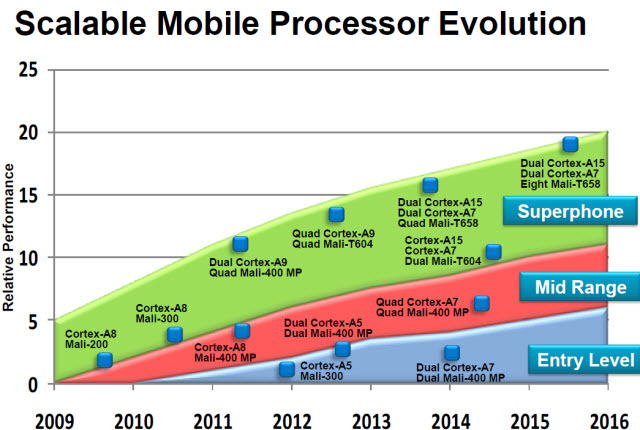