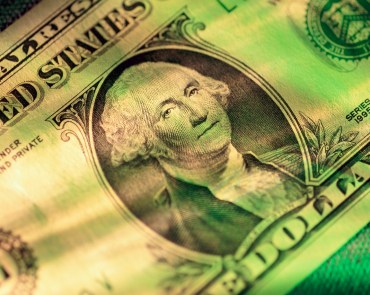 The U.S. Department of Energy has given out $106 million more in stimulus package funds to 37 groundbreaking green technology projects under the banner of its Advanced Research Projects Agency – Energy (known best as ARPA-E). The money will be funneled into microbe, battery and carbon capture research.

The Energy Department first announced ARPA-E funding in March, with the explicit goal of backing technologies that would reduce U.S. dependence on fossil fuels, or, alternatively, limit the damage caused by those we still use.

The recent initiatives focus on microbes are engineering them to quickly and efficiently convert non-food feedstocks (switchgrass, sugar cane, and even municipal waste) into biofuels and sustainable chemicals. Some of these projects are even working on feeding microbes with carbon dioxide captured from existing fossil fuel-powered plants, to accelerate the move toward carbon neutrality.

The battery companies selected for ARPA-E funding generally fall into one of two categories. Either they are looking to make batteries out of materials that are easier to obtain and less toxic to the environment (now more relevant as the market eyes a lithium shortage), or, more popularly, they are looking to lower the relatively high costs associated with advanced energy storage technology.

The carbon capture projects being funded are generally working on membranes and catalysts that can suck carbon out of coal-fired power plant emissions, making them less hazardous to the atmosphere and eventually helping power generators comply with increasingly stringent emissions quotas and reporting requirements.

The money is being distributed across 17 states. About a quarter of the recipients are small businesses, 57 are based at universities, 11 percent are at national labs and 8 percent are being spearheaded by large corporations.

Based on all this, it sounds like ARPA-E is the best thing to happen to bold, innovation green technology in a while. The problem is, it’s not a bottomless pot of money. For a while, analysts thought that the infusion from the government would mitigate risk for private investors, who would start pumping money into early-stage companies spinning out of the ARPA-E program.

But the agency’s $400 million budget has yet to be renewed for a second year. There’s a growing sense that this spigot of financing is going to be shut off, especially following mid-term elections that could sweep a lot of proponent Democrats out of office. So it looks like the opposite is happening. Investors are skittish about what will happen once the government money stops flowing, causing them to be even more skeptical about young, experimental projects.

Here are several of the more interesting ARPA-E picks:

Stanford University: $1 million to build a brand new all-electron battery that stores energy at a very high density by moving electrons rather than ions.

Codexis: $4.7 million to engineer enzymes to capture more carbon dioxide while enduring the extreme conditions of coal-fired power plants. The Redwood City, Calif. company got the government funding even though it IPO’d for $78 million last week.