(Reuters) — A German-Israeli artist who accuses Twitter of failing to delete hate speech tweets has taken matters into his own hands — by stencilling the offending messages on the road in front of the company’s Hamburg headquarters.

Shapira said he had reported some 300 incidents of hate speech on Twitter but had received just nine responses from the company.

“If Twitter forces me to see these things, then they should have to see it as well,” he said in the video, posted on Monday, describing the comments as violations of the social network’s community guidelines.

Hate speech is especially sensitive in Germany, whose history has been shaped by the struggle to atone for the crimes of the Nazis. 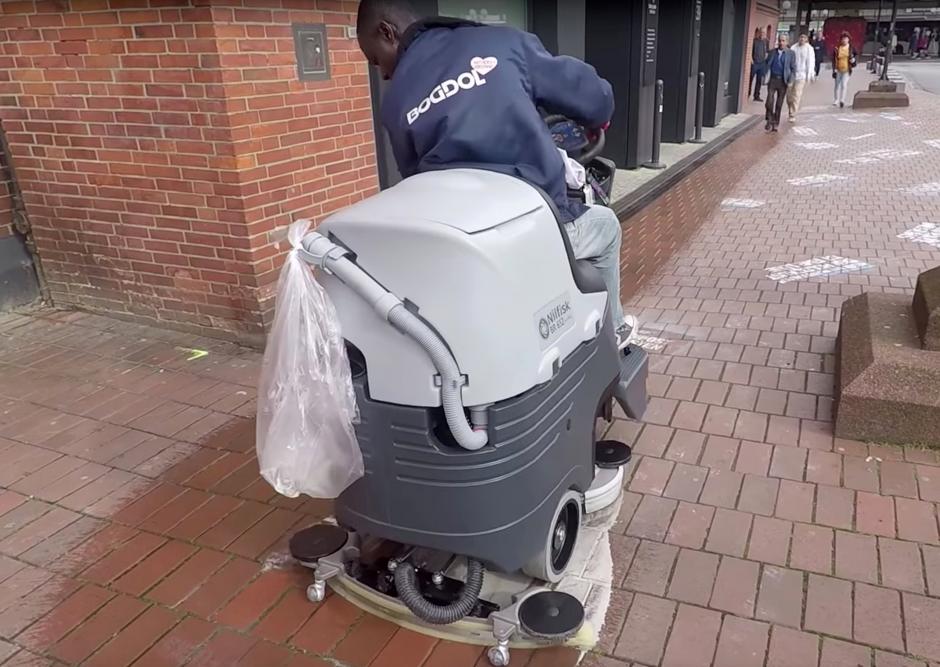 Above: A worker cleans “hate tweets”, the art project “#HEYTWITTER” created by Shahak Shapira, outside Twitter office in Hamburg, Germany August 4, 2017 in this picture obtained from social media.

A spokesman for Twitter told Reuters the company would not comment on the specifics of individual accounts for reasons of privacy, but said it strictly enforced its rules and had stepped up its policing of abuse on its network.

Twitter is now taking action on 10 times as many abusive accounts now compared to the same time last year, he added.

Shapira said Facebook had been more vigorous than Twitter in replying to his requests, removing 80 percent of some 150 hate speech comments he had reported.

On the handful of occasions when Twitter removed offensive tweets, Shapira said he never received a report of their having done so.

“I selected some of the tweets they didn’t delete, and then came to Hamburg to put them in front of Twitter’s office,” he said. “Tomorrow they will have to see the Tweets they were so happy to ignore.”