With the intersection of science fiction and gaming a key theme of our GamesBeat Summit 2017, it’s natural that our speakers brought up augmented and virtual reality in some manner in just about every talk onstage. Epic Games’ boss Tim Sweeney waxed on about the metaverse and how deep learning could affect role-playing games. Rogue One: A Star Wars Story co-screenwriter Gary Whitta discussed how VR was the “best nest” for one of his ideas to grow in, and we even looked at how TV game shows could evolve with mixed reality thanks to the work The Future Group.

As I joked on Twitter, imagine The Price Is Right’s Plinko, but where you’re the chip thanks to mixed reality!

And while we focus more on the possibilities AR and VR brings to video games with GamesBeat, these burgeoning technologies will reach more people once as they branch into other forms of art and entertainment. Maybe we’ll see a renaissance of games shows, leaving the realm of reality competitions for the fun of The Price Is Right.

P.S. Google Earth was a whole new way to experience our planet. Now check it out in VR!

Séance: The Unquiet is a spooky ghost story in virtual reality 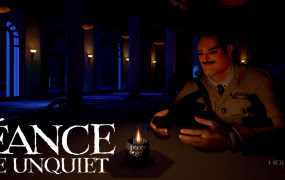 Holospark is working on a ghost story for virtual reality, Séance: The Unquiet, and the company has released a 5 minute VR demo for free on Steam and the Oculus Store today. Ghost stories and horror could be a lot more electrifying in VR, since the medium is more immersive and in-your-face than a two-dimensional […]

How mixed reality is transforming the TV game show 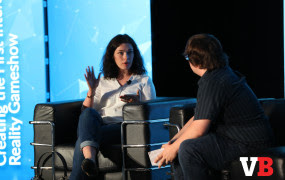 The quaint TV game show is becoming more exciting, and it has nothing to do with goofy stunts or reality hijinks. Thanks to mixed reality, contestants in a game show can now steer down rapids in a hollow log while avoiding dinosaurs. That sounds just a little more exciting than spinning a wheel and buying vowels. This […]

‘Rogue One’ screenwriter breaks down gaming’s advantage over film 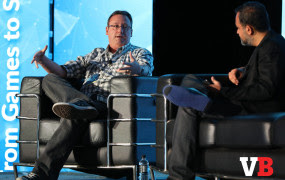 One of the people who came up with the story for the most recent Star Wars movie has written about games and crafted their stories. He’s also authored books and penned television episodes. And while he sees each medium as valid, he also recognizes many of the advantages that games have over creative outlets like film. […] 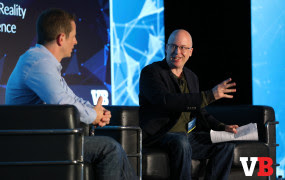 The modern virtual reality market is new, but the idea of virtual worlds has existed in fiction for decades. Austin Grossman is a sci-fi author who has written books such as the techno-thriller You: A Novel. He also helped write games like PC classics Deus Ex and System Shock as well as the more recent Dishonored […]

Epic’s Tim Sweeney: The tech for the metaverse is about 3 years away 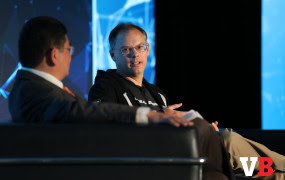 We’ve overcome some of the early roadblocks that are preventing us from living every moment in virtual reality, and Epic Games founder thinks we’ll figure out the rest of the issues within the next few years. During a presentation at the GamesBeat Summit today in Berkeley (watch it here), Epic chief executive Tim Sweeney explained that the […] 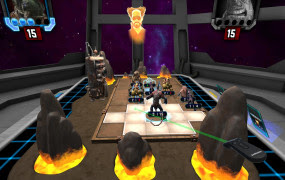 Phil Tippett created the monsters for the memorable Holochess game in the original Star Wars film. And last year, he made the monsters for a new augmented reality mobile game, HoloGrid: Monster Battle. Now the game is heading off into virtual reality on the Samsung Gear VR. The game was built by Conway, Mass.-based HappyGiant and it features monsters […]

The lab will be creating new experiences with the help of emerging technologies like VR, AR and MR as well as AI and real-time rendering. Don’t expect to see any fully featured products from the team yet; Entertainment Lab will first create prototypes that test a range of ideas — taking it slow when it comes to the use of VR and kids. (via UploadVR)

Back at the start of March, we reported on a new analytics tool called Ghostline. Developed by Aldin Dynamics, this tool was crafted to be a window into different statistics related to VR usage — how people interact, for how long, and more. Aldin Dynamics shared their program with the developers of Superhot and Gallery: Call of the Starseed, but gave those interested a peek at the stats for Waltz of the Wizard. Now they’re sharing a bit more info curated by the Ghostline tool, this time focused on the room-scale VR battle between Steam vs Oculus Home. (via UploadVR)

VR Needs To Branch Out Into Interactive Narrative

Netflix and disruption go together like Oculus and Rift. Never one to rest on its laurels, the company is continually looking for ways to shake things up. So it shouldn’t come as a surprise that the streaming service is toying with the idea of breaking away from narrative norms by experimenting with ‘interactive storytelling’. (via VR Scout)

Nintendo’s been flirting with VR functionality on the Switch for a while now. There was that patent that surfaced last year, then this recent interview with Nintendo president Tatsumi Kimishima stating the company was currently “studying” the viability of VR on the Switch. (via Motherboard)