“The undiscovered country … the future.” Virtual reality may be the present, but its future depends on interactive experiences that capture people’s attention — and this is where Star Trek comes in.

Next month, Ubisoft will release Star Trek: Bridge Crew, a VR experience from its Red Storm studio. It puts you and three others in command of a starship’s bridge, manning stations as you take on several situations. You may be rescuing stranded spacefarers. You may be blasting Klingons. You must work together with others, all in VR.

Sure, you could replicate this on standard PCs, with everyone connected with headsets and playing online. But you wouldn’t get that immersiveness that only VR can deliver. And this is what makes this medium so exciting.

I just hope that EA and Disney get their acts together and put me in a VR version of one of the 1990s’ best starfighter sims — TIE Fighter. For the Empire!

P.S. It would be illogical for you to pass up this look at Star Trek: Bridge Crew. 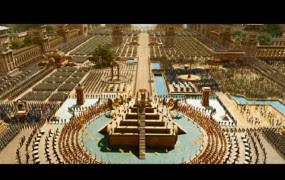 Baahubali is one of India’s biggest films, and it is getting a sequel, Baahubali 2: The Conclusion, which is one of the most technologically sophisticated films ever made. It is the world’s first “trillion pixel film,” and it is getting a virtual reality experience that is debuting this week at the Tribeca Film Festival in New […] 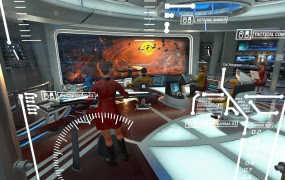 Star Trek: Bridge Crew from Ubisoft and its Red Storm studio could be one of the most interesting social virtual reality games coming your way. This sim comes out on May 30 for Oculus Rift with Touch, HTC Vive, and PlayStation VR (PSVR). It will have full cross-platform multiplayer. I was able to play a few missions […] 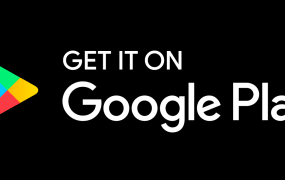 Google has unveiled the nominees for the Google Play Awards 2017, scheduled for May 18 at 6:30 p.m. Pacific during the company’s I/O 2017 developer conference. There are 12 categories this year, including four new ones: Best VR/AR Experience, Best Multiplayer Game, Best Social Impact, and Best Accessibility Experience. Google explains that nominees were selected […] 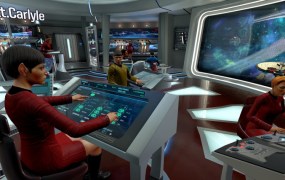 Some say that virtual reality is going to be the most social medium ever, and that’s the feeling I got from playing a demo of Star Trek: Bridge Crew, the new virtual reality game coming from Ubisoft and its Red Storm studio. In a four-player preview of a couple of missions, I had a hoot playing […] 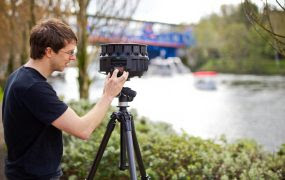 Google today is announcing the launch of the second generation Jump camera rig for recording videos that are suitable for virtual reality (VR). One camera on the 17-camera system is situated on the top, enabling video capture from below, instead of just a 360-degree horizontal landscape. The new rig is called the Yi Halo, from […] 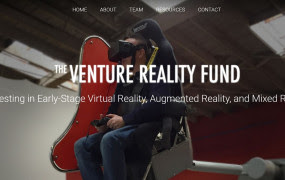 HP is putting on its headsets. One of the world’s oldest technology companies is investing in the fledgling virtual reality market by becoming an investor in The Venture Reality Fund. The exact amount wasn’t disclosed. But HP Tech Ventures, the new corporate venture arm of HP, has joined as an investor in The VR Fund, which has […]

Nokia and Lucasfilm are in a multi-year deal to create VR content for Star Wars: The Last Jedi and more Disney properties. They’re supplying Disney marketers and filmmakers with the OZO 360-degree camera and accompanying software. (via UploadVR)

The company this month announced Fusion, a new device capable of capturing both 360 degree and traditional video content in up to 5.2K at 30fps. There aren’t many images of the device available yet, though it looks very different from the traditional square-shaped HeroCams we’re used to seeing. (via UploadVR)

How Fashion Brands Are Using VR

Who said VR was just for gamers? From Sephora’s latest AR app update, a VR perfume commercial starring the one and only Kate Moss, to a HoloLens powered dressing room–the fashion industry has proven that VR and AR is en vogue through a range of experiences over the years. (via VR Scout)

So far, virtual reality’s main argument has been exotic placement. My Oculus Rift situates me on the peak of Everest, the moons of Saturn, the depths of the Pacific. I crane my neck, mouth agape, to suck in the sights I might otherwise never see. (via Polygon)