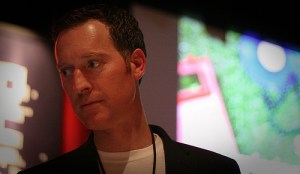 Editor’s note: This story is part of our Microsoft-sponsored series on cutting-edge innovation. Michael Lucaccini is president and founder of digital development studio Archetype.

Working for a digital design firm, I get the chance to see trends across projects and technologies. I also notice trends in client expectations. There was a time when resistance to interactive platforms like Flash and Silverlight was commonplace. What were once barriers, negotiation points and show stoppers have now become core requirements of most of the apps we design and develop at Archetype. And while expectations are always changing, no expectations have changed more rapidly and dramatically than those in the mobile app space.

As the demand for mobile apps has exploded, we have to continually remind ourselves and our clients that mobile apps aren’t desktop or web apps reformatted and repackaged – they’re fundamentally different. Despite the frequent connection to desktop and web apps, mobile apps aren’t necessarily part of the same nuclear family. While they should and will be informed by their web and desktop counterparts, we’re seeing more and more mobile apps designed from the ground up rather than top down, opening the doors for more intuitive, intelligent experiences. In a recent news reader application we built for the Associated Press, using the geo-location capabilities in the Windows Phone 7 (WP7) device allowed us to pull in news content from the user’s current location. 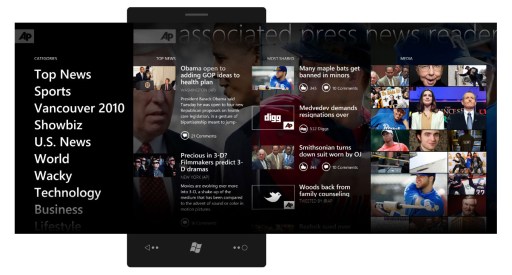 In another, more whimsical, WP7 app we recently created called Marionette, we tied into the device’s microphone, camera and accelerometer, allowing users to create and animate custom characters that play back or “speak” prerecorded audio at different pitches. And with some physics behind the scenes, shaking the phone provides some pretty humorous feedback, as the characters go into a ragdoll-like mode and complain with a loud “Ouch!” or “Oh!” as they bounce around the interface. 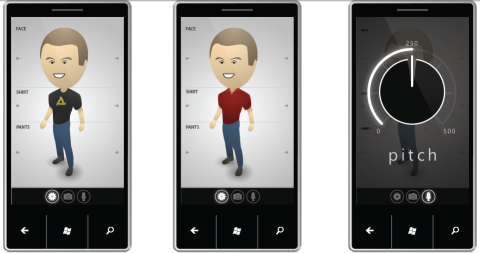 But these kinds of features barely scratch the surface of what mobile apps are capable of. As devices with more precise and specific sensors emerge, they’ll open the door for apps that could help consumers track chronic diseases like diabetes or let scientists from around the globe monitor air quality in real time.

Like fast food, the explosion in mobile computing in general and mobile apps specifically is often attributed to convenience and low cost. But convenience and low cost are really the gateway for a more fundamental value point in mobile apps: the simplicity, intuitiveness and immediacy they present. For us, attaining that ethos on each new generation of device involves constant ideation and brainstorming sessions, rapid prototyping, and, most importantly, testing on the device itself. No matter how the app looks and behaves in a device emulator, there’s simply no substitute for interacting with an app on a mobile device. Invariably, once we’re interacting with our app on the mobile device itself, we find new approaches to areas like fonts, buttons, animations and device-specific tie-ins, but also entirely new concepts, and sometimes even radical feature reprioritization.

Before we can even get to the mobile device, one of the most common challenges is winnowing down the feature set into something that’s coherent and useful. When we’re not starting from scratch, this can be a surprisingly liberating experience, where outmoded design and legacy features in desktop and web apps can finally be thrown away, and we can introduce new mobile-specific concepts and features. For example, in redesigning an online music creation app for mobile, we were able to discard several non-essential user interface elements in favor of touch interactions and use of the phone’s accelerometer. In the brainstorming sessions for this app, we started looking at some of the recent developments in and concept apps related to Braille technology and dreaming about future smart devices that could provide tactile feedback to augment the music creation experience. And in considering challenges such as device fragmentation and limited memory, we began exploring cloud services that would allow us to sync multiple music apps across several web and mobile platforms and would open the door for virtual jam and recording sessions. None of this would have been possible if we’d taken the top down approach and treated the mobile app as a derivative endeavor.

But just as important as honing in on a core feature set for a mobile app is focusing on what’s most important to users and providing the hooks to keep them there. For example, if I’m using the Fandango iPhone app to purchase movie tickets, I don’t want to be slowed down by arcane movie trivia or interviews with actors and directors. Conversely, if the app didn’t offer these and other hooks (such as movie reviews, location-based services and social networking integration), the frequency and depth with which I might use it and the association I make between Fandango as a brand and movies in general is diminished. What’s more, in the case of an app like the AP News Reader, providing advanced customization features such as the ability to reorder categories, set fonts and turn images on and off gives the user the power to determine what content is important and how they want to consume it. It’s a bit like putting a custom skin on the device itself. The AP’s generic mobile app becomes the end user’s personal app.

As competition for eyeballs and space on mobile app stores becomes increasingly fierce, we’re seeing fewer and fewer business models built around one-hit wonders with a one-time purchase fee and no other revenue source. To stay ahead of the curve, app designers have to empower users, constantly re-imagine the future, and develop ever more intuitive, intelligent and immersive apps.

Michael Lucaccini is president and founder of Archetype and has over a decade of experience managing large-scale, innovative technology projects for companies such as Microsoft, Adobe, Autodesk and Salesforce.com. Before launching Archetype, he spent four years at Metaliq, an award-winning interactive agency, most recently as president. Prior to Metaliq, he spent four years at Autodesk, Discreet Division, where he was responsible for several successful releases of 3ds Max, Character Studio, Reactor, and Mental Ray.