France’s most audacious attempt to turn itself into a startup capital will lift the curtain tonight when Paris’ Station F officially opens its doors to the world.

The brainchild of telecom entrepreneur Xavier Niel, who footed the entire cost of the $267 million project, the giant startup campus will be home to incubators, venture capital firms, startups, and large corporate brands. After three years of construction, Station F will hold its grand opening Thursday night in a ceremony featuring President Emmanuel Macron and Paris Mayor Anne Hidalgo.

Station F’s goal is to house 1,000 startups in a building that was formerly a historic train station on the east side of Paris. While it’s no shock that the leading lights of Paris’ startup ecosystem were eager to plant a flag here, the bigger surprise may be how successful the project already has been in attracting some of the biggest names from Silicon Valley and the U.S. tech scene.

The question now will be whether rubbing shoulders with these U.S. giants will accelerate the pace of the nation’s tech economy and help Paris become an even bigger magnet for entrepreneurs from around the world.

“Paris has always been a place where people come together to break new ground,” Facebook’s Sheryl Sandberg said at a press conference at Station F. “Now Paris has a thriving tech scene. Entrepreneurs are the engine of economic growth all over the world. At Facebook, there’s nothing we care about more than supporting them.” 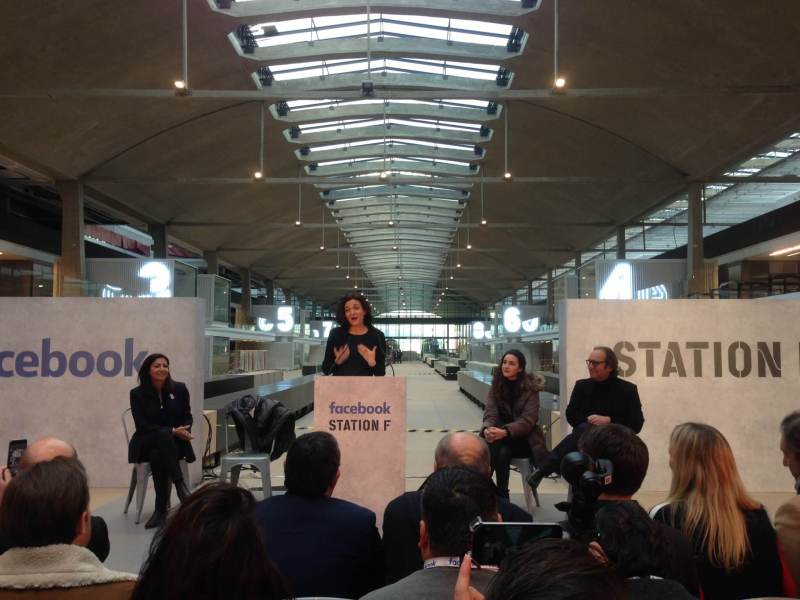 Sandberg was at Station F in January to announce that Facebook would partner with the campus to open the “Startup Garage,” an incubator for between 10 and 15 data-driven startups. The mission fits Facebook’s general focus in Paris, which is home to the company’s artificial intelligence research group. While France is quite proud of Facebook’s AI presence in Paris, local leaders have been hoping quietly that it would lead to a bigger expansion of operations here than it has thus far.

So that praise from Sandberg was music to their ears, but also boosted hopes the company would invest more in Paris. That announcement has been followed in recent months by a partnership with Airbnb, an AI startup program launched by Microsoft, a Zendesk accelerator, and Amazon’s first mentor’s office for Amazon Web Services.

“The Mentor’s Office is a workplace exclusively dedicated to meetings between AWS experts and the startups,” Amazon’s CTO Werner Vogels wrote on his blog. “STATION F is the world’s biggest startup campus. With this special offer starting at the end of June, at the campus opening, AWS increases the support already available to startup customers in France.” 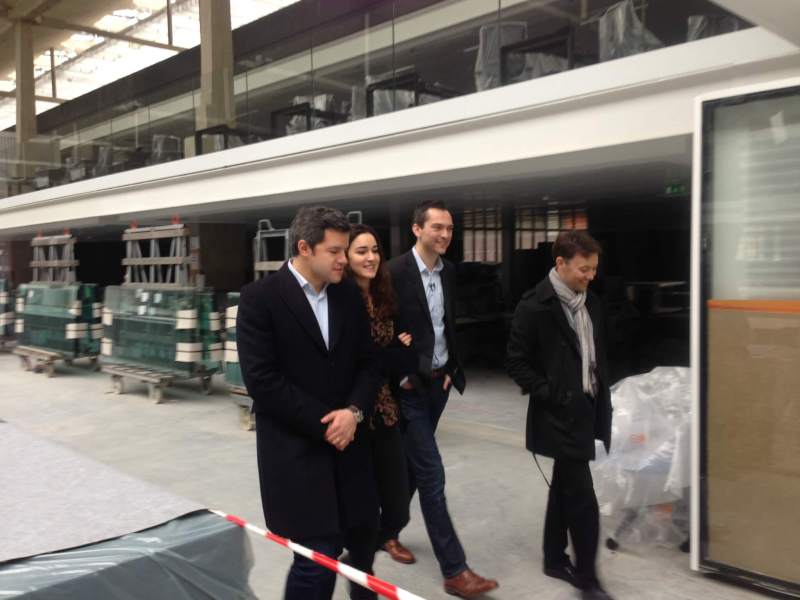 These are among the 21 startup programs at Station F, which include big French names such as Ubisoft, Numa, Vente-privée, the HEC Paris business school, BNP Paribas, Usine IO, and venture capital firms Daphni, Kima Ventures, and Ventech. Even former French President François Hollande will have an office there.

They will all be stuffed into the renovated historic train station that has three sections: a space with 3,000 desks for startups; an event space for conferences and meetings; and a retail zone for the public that will include four kitchens and a bar open 24 hours a day. Niel is also building apartments nearby for entrepreneurs working at Station F.

Making all of this work has been the responsibility of Silicon Valley native Roxanne Varza, a former tech journalist who was working as Microsoft’s startup ambassador in France when Niel hired her away in October 2015.

“We’ve approached it as creating an entire ecosystem under one roof,” Varza said in a December interview. “This clearly puts Paris on the map for startups.”

While the opening was delayed slightly due to a water leak this spring, in some ways the timing could not be better.

After a contentious election season, the French are feeling the global love following the victory of centrist Emmanuel Macron, who has been striking all the right chords with those who favor a more open and integrated world. And with Brexit continuing to cast a shadow over the future of London’s tech ecosystem, Paris has been sensing that the moment is ripe to try to steal away the title of Europe’s startup capital.

Of course, this will now be the moment of truth as startups settle in. After three years of hype and lofty expectations, Station F will have to show it can create fertile ground for entrepreneurs who want to conquer the world, and whether its grand concept of creating an entrepreneurial community can become a reality.

“About 90 percent of problems entrepreneurs encounter can be solved by other entrepreneurs,” Varza said in December. “We’re not doing any babysitting or any bullshit mentoring. We’re putting resources at their fingertips.”

For those who can’t get to Paris, here’s a virtual tour:

And here’s a slideshow of the massive facility: