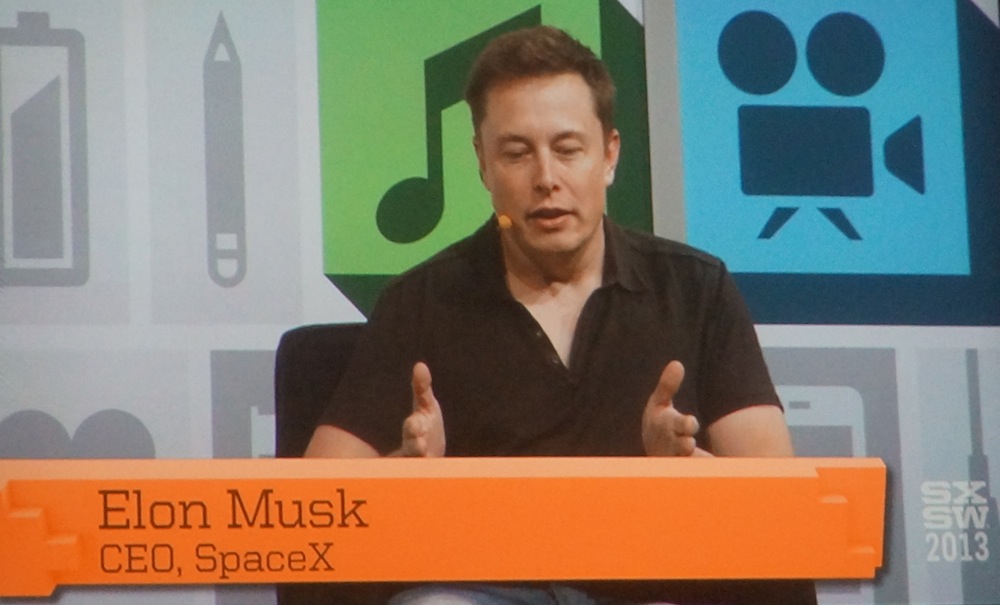 AUSTIN, TX — While I’ve always believed  our lack of warp drive technology is what’s kept humanity from meeting the Vulcans, SpaceX founder and CEO Elon Musk said there’s another, more practical roadblock: rockets, specifically the kind you only get a single use out of.

Okay, he didn’t actually mention Vulcans, but he was very clear that the future of space travel depends on us being able to create a rocket that isn’t a zillion dollars and can be reused multiple times.

“Reusable rockets are vastly important if you think it’s important that humanity span beyond earth and become a multi-planetary species,” Musk said to two very crowded ballrooms during a keynote at SXSW yesterday. “If you can imagine watching Star Trek, and if they built a new star ship after every trip? It’s pretty silly. And all the other transports we use — planes, trains, cars, bikes — are all reusable. But not rockets.”

Musk’s initial space project would have sent a platform-like greenhouse to Mars to (hopefully) eventually pave the way for humans to survive on the planet. He and his team initially nailed all the costs, the scientific process of making it actually work, how to send pictures of it back to earth — pretty much everything except for those asshole disposable rockets.

“The first idea I came up with was actually to do a philanthropic mission to send a greenhouse to the surface of Mars, with seeds of dehydrated gel that would hydrate upon landing,” Musk said. “You’d have this cool greenhouse, with green plants on a red background. That would be the money shot.”

Musk explained that the cost of disposable rockets makes space travel truly prohibitive for a large number of businesses to jump into the field. For instance, he said, the cost of the fuel and oxygen on SpaceX’s Falcon 9 spacecraft is .9 percent of the entire cost of the trip, while the rocket accounts for the rest of it.

The SpaceX chief exec also treated the audience to some newly released footage of the company’s fourth flight test of reusable self-landing rocket Grasshopper, which we’ve embedded below.

For now, Space X is making do with the one-off rockets to launch cargo ships into space via its Dragon 2 spacecraft, which recently had some problems docking with the International Space Station before the company called the mission a success.