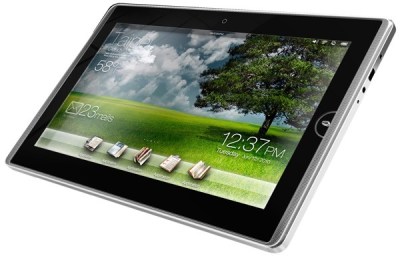 We’ve been reporting on Asus’s nebulous tablet plans since March, with the latest report landing in August, but now it seems like things are finally beginning to coalesce. The company will launch its 12-inch Windows 7-powered device first in December (the Eee Pad EP121, which Shen previously said would retail around $1,000 with a keyboard dock), and will follow that up with two 7-inch tablets and two 9-inch tablets in March 2011.

One of the 7-inch models will only have WiFi, while the other will features 3.5G mobile broadband capabilities. As for the 9-inch tablets, one will be an Android device running Nvidia’s Tegra 2 mobile processor, while the other will run a Windows platform (which may be the Windows Embedded Compact 7 device Asus previously mentioned). The 9-inch models will have a price gap of $100 — previous pricing listed the Android model at $399 and the Windows model at $499.

The company is shoring up its tablet manufacturing operations by transferring 200 technicians (out of 800) from its handheld device department to support tablet research and development. The company plans to release a 9-inch ebook reader soon, and its previously-announced 8-inch Eee Note is now aiming for a November release.