SAN FRANCISCO — With its announcement today of the Messenger Platform, Facebook argued it could be a very big deal for developers, and judging by the reaction of some of the very people who will be making apps and experiences that integrate with platform, they seem to think so too.

At its F8 developers conference here today, the social network unveiled a range of new services and tools, including Messenger Platform, Messenger for Business, support for 360-degree video, a Parse software development kit for the Internet of Things, a new mobile app advertising analytics tool, embeddable videos, and more.

But clearly, the biggest news of the day was the unveiling of the Messenger Platform, which among other things means that users can acquire apps directly from Messenger, and that many apps will have direct integration with the messaging tool. It also builds on Facebook’s launch last week of payments on Messenger, shows that the company is dead serious about making Messenger a one-stop shop for a broad set of functions, and provides more rationale for why it spun out the messaging tool as a stand-alone app, much to the chagrin at the time of millions of people. 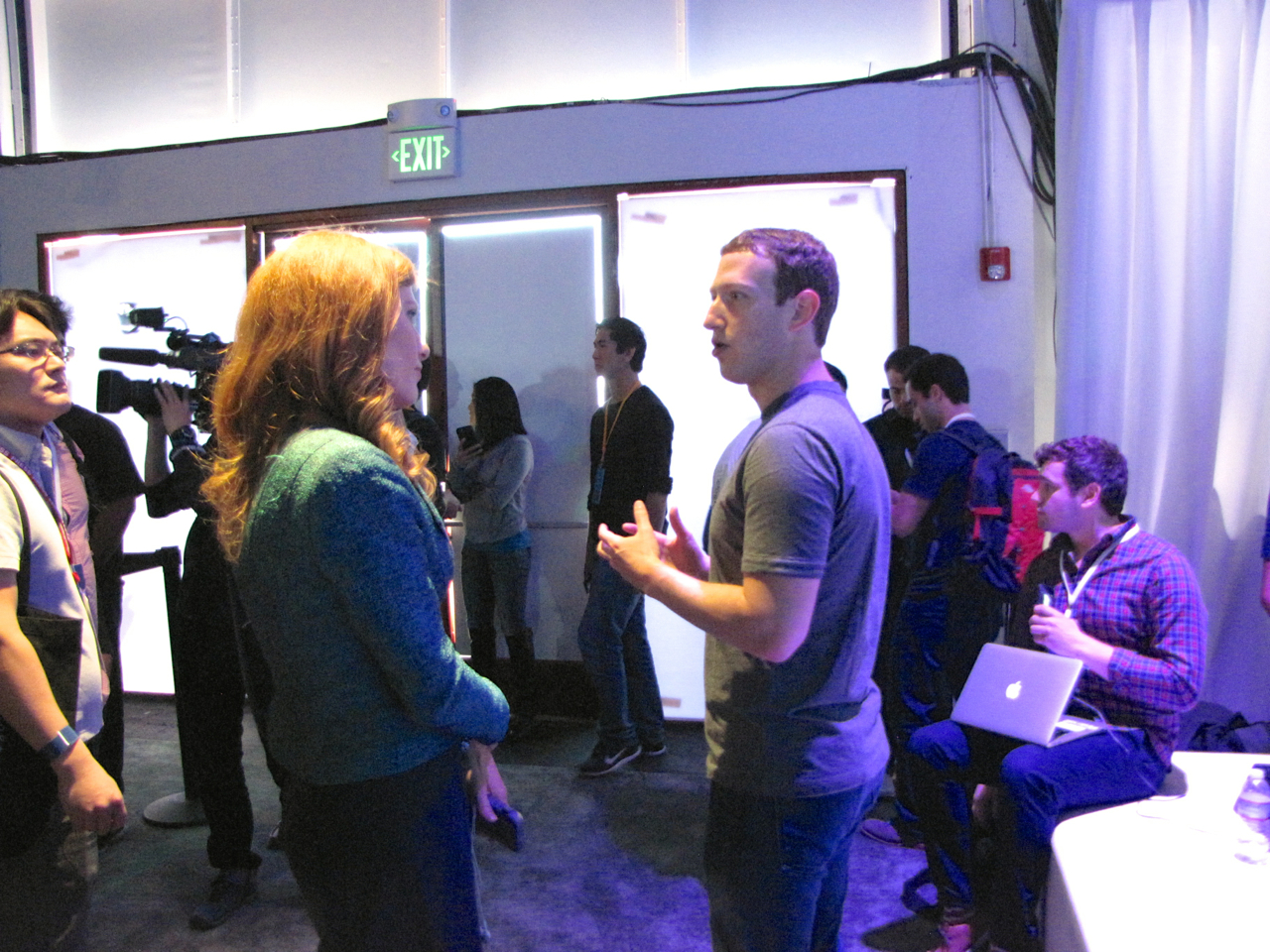 Above: Facebook CEO Mark Zuckerberg giving an interview at F8 in San Francisco

“People wondered why Facebook split Messenger out from the stand-alone Facebook app,” said Patrick Salyer, CEO of Gigya, the development of an identity management platform, in a statement. “And now we know. Messenger is becoming an e-commerce and service platform, and it’s one that could end up being a powerful way for brands to turn one-time shoppers into engaged, lifelong customers.”

All of this is likely good news for many of the more than 2,500 developers in attendance here. “It was really exciting,” said Matt Wilson, a machine learning scientist for Weaver Labs, which makes an app built to allow users to send a variety of illustrations along with simple text messages. “Messenger Platform looks very interesting for us. It sounds like they have quite a lot of [app] integration now…. If it’s as easy as they make it seem, that’s incredible.”

Wilson also said he was impressed by Messenger’s new business applications. Being able to buy products directly through Messenger and then track their purchase all the way from the merchant to their home is a significant addition to what was once just an alternative to texting.

“I can’t believe I’m saying this,” Wilson said, “but I would actually use Messenger to keep track of that information in one place…. I could see keeping Messenger on my phone and not just using it to send messages to friends.”

To Salyer, Messenger for Business has more tangible financial benefits tied to identity. “The most intriguing news from F8 was the integration of Messenger for e-commerce,” he said. “Facebook’s most powerful tool — for its own business and for brands — has always been Identity…. Messenger for Business pushes identity firmly into customer service territory. By harnessing customers’ identities (through strict user permissions), an e-commerce store can now not only provide updates on shipping or help customers change their orders, but now has the ability to understand who users are and what they want. That could come in the form of upsells, discounts, or special offers if users provide access to their social graph.”

Competition with other messaging platforms

One of Facebook’s obvious motivations for building out the Messenger Platform is to better position it against competing messaging tools that have already broadened their offerings, including Snapchat and Asia’s WeChat and Line. And that includes helping app and game developers find new audiences.

According to Norm Liang of Sungy Mobile, a Chinese utility app maker, WeChat, Line, and Kakao have helped apps spread virally in Asia. “I could see how this is good for helping apps spread,” Liang said after Facebook’s keynote this morning.

For developers whose apps are part of the initial 40 integrated with Messenger, the unveiling of the platform could well be the springboard to big new audiences, as Liang predicts. “Obviously, this gives you a lot of exposure to a larger user base,” said Justin Junda, the founder of Score, a sports “trash talking” app.

But while there was plenty of enthusiasm for the announcements at F8 today, not everyone on hand believes Facebook is taking developers in the right direction. “Facebook is a platform for sharing,” said Nicole Lazzaro, the founder and president of XEODesign, a game and user experience design company. And that’s not enough “to get people connected.”

Lazzaro said she doesn’t think Facebook offers enough “verbs” for interactivity, and thinks people want technology to provide more realistic connections. “Facebook really needs to be positioned as a connection platform,” not a sharing platform, she said. “You want to inspire developers. This is [Facebook’s] chance to get them inspired. You want to give them new tools, and new apps to create…. Here, it’s just technologists leading. They don’t really understand why people are [on Facebook] in the first place. It’s a total lack of design leadership.”