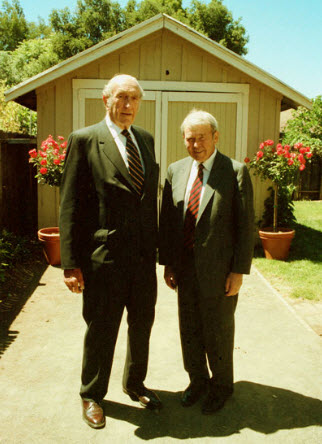 Hewlett-Packard has begun a search for a new chief executive in the wake of Mark Hurd’s surprise resignation on Friday. Fudged expense reports that relate to an alleged sexual harassment case got Hurd fired. Now the company needs somebody who can run the world’s biggest technology company.

I think it’s time that HP hired an insider for the top job. My  reason is that HP is just too complicated an animal for an outsider to run. I realize that Marc Andreessen, an HP board member who heads the search committee, has no reason to listen to me. But here’s my argument.

Palo Alto, Calif.-based HP has more than 300,000 employees and revenues of $115 billion. If HP hired a new CEO, the person could meet 1,000 HP employees a month and never finish meeting new employees. Typically, a new CEO takes six months or more to observe before acting. If HP hired and educated an outsider CEO again, it would lose a lot of time. That wouldn’t be good, because HP really has to start making a comeback in mobile devices.

The outsiders have had their turn. Carly Fiorina came in and shook up the old HP, giving it a new sense of urgency and acquiring Compaq Computer, a move that made HP into the world’s biggest computer maker. Dell faltered at about the same time, and Hurd took over from the ousted Fiorina, who didn’t pay enough attention to operations and the bottom line. Hurd had a relentless focus on execution. He laid off thousands of HP employees, righted the ship, and then started delivering consistent earnings. He acquired EDS in a $13 billion deal and vaulted past IBM as the No. 1 tech company. But HP lost its edge in mobile computing by allowing the Compaq iPaq to die a slow death.

Now, HP dominates the PC business, but it has to catch up with Apple in mobile. That seems an impossible task, but Hurd laid the groundwork by acquiring Palm. HP now has its own mobile operating system with Palm’s WebOS, and that will help it compete head to head against a vertically integrated Apple, which controls everything in its iPhone experience from iTunes to the A4 chip that serves as the device’s brain.

HP needs to take the time to see if this Palm-based strategy will work. That suggests that Todd Bradley (right), the former CEO of Palm who runs the $35 billion (revenues for the last fiscal year) Personal Systems Group (the PC division), has to spearhead the effort. He naturally comes up as a CEO candidate, as it would be good to have the person heading the most crucial initiative at the company also be the CEO. This division isn’t an easy one to run, as Bradley has to do battle with the likes of Apple, Dell and Lenovo.

But there are others who could do the job. Cathie Lesjak, chief financial officer, has been appointed interim CEO. But she indicated in a letter to all employees that she has removed herself from the running for the top job. 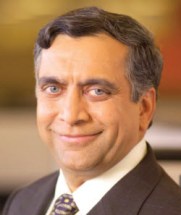 Vyomesh (VJ) Joshi (left), head of the printing and imaging division, has been with the company for more than three decades. He’s very popular among the ranks and has a bubbly personality on stage. He runs the $24 billion printing business that, during its good years, prints money. The biggest threat to his division would be a government antitrust investigation, as HP has as big a monopoly as anyone when it comes to printing. But Joshi has managed to operate this division in a way that keeps its horizons expanding, and without drawing much government wrath. 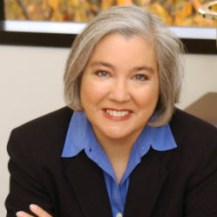 Ann Livermore (right) runs the $54 billion enterprise division. Her domain includes servers, storage, services, and software. She has moved up the ladder, consolidating control of once-separate services and enterprise divisions, and integrating EDS into her services business. The straight-talking Texan isn’t flashy, but she has gotten the job done for years. 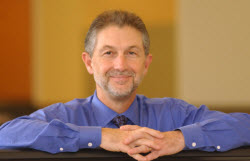 Shane Robison (left)  is a dark horse among the executives. As chief technology officer, he runs HP Labs and a bunch of the company’s R&D efforts. But he doesn’t have the kind of operating responsibilities today that suggest he can run the whole company. Still, HP is a tech company, and Robison is the super geek in the house.

These insiders all have the track records and experience running huge operations. They could be the CEOs of big companies, but they have a lot of experience at HP. Livermore and Joshi are HP lifers who wouldn’t dream of working anywhere else. They have the ability to understand HP like no outsider can. All of them have been passed over in two previous CEO appointments. They can be easily dismissed as running only a piece of the company and therefore not having the chops to run the whole house. But as the outsider CEOs have come and gone, these executives have stuck around and gotten the work done.

For outside candidates, typical mentions are the No. 2 or No. 3 executives at top companies such as IBM, Oracle, Apple, EMC, Dell, Cisco or Intel. Those are natural candidates if HP really decides to pass over its internal ranks again. Tim Cook, chief operating officer of Apple, would be an outstanding candidate. But I don’t think that he would leave Apple. If he did so, Apple would likely lock HP up in litigation.

But it’s worth noting that each of HP’s top executives is running a business that is bigger than the businesses that these outsiders run. Jon Rubinstein, former head of Palm, now works at HP and has been mentioned as a candidate as well. If HP were a one-product company and Rubinstein was in charge of that product, he would be a natural CEO. But Rubinstein may not have the experience to run a complex beast like HP. I view him as an outsider and a dark horse candidate.

The insiders are also steeped in The HP Way, the management style that emphasizes treating employees like human beings. Started by HP founders Bill Hewlett and David Packard (pictured above), the HP Way emphasizes profitability, integrity, and doing business in an honorable fashion.

HP has gotten rid of a lot of the old timers that ran the company in the past decade. The ranks have gone through many layoffs and shake-ups. They’re producing industry-leading products, for the most part. HP needs a leader who values the HP Way and who knows the work that those employees are doing. Many among HP’s ranks rejected Fiorina as an outsider and celebrated her departure. With Hurd, the reaction is likely to be mixed. Hurd earned their confidence, but he also wielded a heavy layoff ax. He cleaned up the company in a lot of ways. I don’t see HP as a company in need of a vast house-cleaning, which is what an outsider CEO would be good at. Rather, I believe the next CEO of HP has to be someone who HP’s 300,000 employees can trust and follow. An outsider would have to earn that trust over time. It’s possible to do that, but it wastes a lot of time that HP doesn’t have in the competitive wars with Apple, IBM, Sony, Samsung, Cisco and every other behemoth in technology.

Do you think that HP should hire an outsider or an insider as CEO? Please take our poll.

Should HP hire an insider as CEO?Market Research