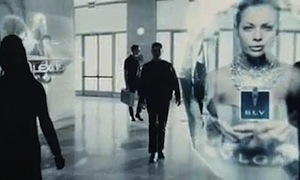 Before diving into the results, it’s probably best to get this caveat out of the way: The data was collected via an online survey without probability sampling, meaning you should take these numbers with a grain of salt.

Anyway, Of the 2,029 adults surveyed, Harris and 1020 Placecast found that 27 percent were at least somewhat interested in receiving cell phone alerts about sales, assuming it was an opt-in system. Yes, that means the majority of consumers aren’t interested, but since only 1 percent of the respondents are actually receiving ads right now, that leaves a lot more people who wouldn’t mind signing up. And younger consumers are more receptive: 42 percent of 18- to 34-year-olds said they were at least somewhat interested.

The chart below shows what the “yes on alerts” crowd said they’d want to hear about: 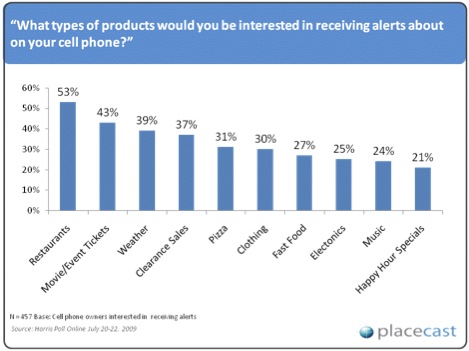