(Editor’s note: Dave Kellogg is CEO of MarkLogic, an information infrastructure software company. He submitted this column to VentureBeat.)

While I often challenge VC conventional wisdom, I actually have a great deal of respect for the difficulty of what VCs do.  Particularly in the early stages, I think it can be extremely hard to see value that might only become apparent months/years later.  For example, by chance, I got to see a YouTube demo when the company was in its infancy – even before Sequoia made its investment – and while I was wowed by the technology (the demo I saw was on a mobile phone), I never would have imagined at that moment that they’d sell the company 18 months later for $1.2 billion. 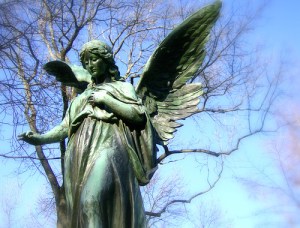 Some companies did seem obvious to me.  I knew PeopleSoft would work because I saw too many customers building their own HR apps on top of relational databases in the late 1980s.  I knew Salesforce would work because I personally knew the difficulty of working with an IT department more concerned with financial systems and infrastructure than helping business operations.

In a nutshell, I think what early-stage VCs do is very hard.  I know this both from observation and direct experience as an angel investor.

My first angel investment was in a company that built a complete linkmap of the Internet in 1999, but used it to automatically detect and re-route broken links (i.e., eliminate dreaded 404 errors).  It died a few years later.  A few years after that I realized how close it was to greatness.  It had the Internet link graph, it just used it to solve the wrong problem:  link correction as opposed to … uh … search relevance (i.e., Google).  Oops.  But this is the nature of early-stage investments.  You can be miles — or only centimeters  – away from greatness, and not even know it.

But I got back on the horse.  My next angel investment was in a company that wanted to build an OLAP-style cube for content, in some ways conceptually similar to MarkLogic, but with very different technology and go-to-market strategy.  The OLAP angle didn’t play out well for them, so the company did a big shift, using its product as an enabling technology for a call center application that eventually was sold to Salesforce.

Many would-be platform companies end up using their platform as an enabler a given application.  In the XML world, Xyleme comes to mind as an example.  The company started out selling an XML database and when they didn’t work for them, they built a learning management system on top and now focus on that.  Frankly, I don’ t know if that’s working any better for them, but it is a good example of the pattern.

My other “investment” (in this case of advisory time and not money) was in a company that did self-service call-center applications and that had the misfortune of focusing on telecom as a vertical in 2001.  Rather than switching strategies when telecom went south, they gutted it out, and were also eventually sold, but not without a few founder gray and/or lost hairs along the way.

So after a brief fling with angel-ish investing in the 2000 timeframe, I stopped for many years.  Only recently have I started up again.

My first “investment” was one of time, not money, in joining the board of analytics-on-big-data vendor, Aster Data in 2009.  I love the Aster founders.  I think they have awesome technology.  I see great things in their future.

I’ve also done one angel-band style-ish investment in a really unique company that’s still stealth so I can’t discuss it.  It’s cool, weird, visionary, and practical.  (And it’s not easy to find companies you can honestly describe with those four words.)

Going forward, I imagine doing a handful more. So if we know each other from a prior (or current) life and if you’re looking for a modicum of angel-style funding, give me a ping.  Some CEOs golf in their spare time; I’d rather spend mine sharing some hard-earned wisdom.