Atari released more details about its Ataribox game console today, disclosing for the first time that the machine will run Linux on an Advanced Micro Devices processor and cost $250 to $300.

In an exclusive interview last week with GamesBeat, Ataribox creator and general manager Feargal Mac (short for Mac Conuladh) said Atari will begin a crowdfunding campaign on Indiegogo this fall and launch the Ataribox in the spring of 2018. The Ataribox will launch with a large back catalog of the publisher’s classic games. The idea is to create a box that makes people feel nostalgic about the past, but it’s also capable of running the independent games they want to play today, like Minecraft or Terraria.

The new box will have an AMD custom processor with Radeon graphics. It will run the Linux operating system, with a user interface it’s customizing for TVs. Mac said that the machine will run PC games, but it will also be capable of doing streaming, running apps, browsing the web, and playing music. As far as games go, the machine will run the kind of games that a mid-range PC can do today, but it won’t run Triple-A games that require high-end PC performance. 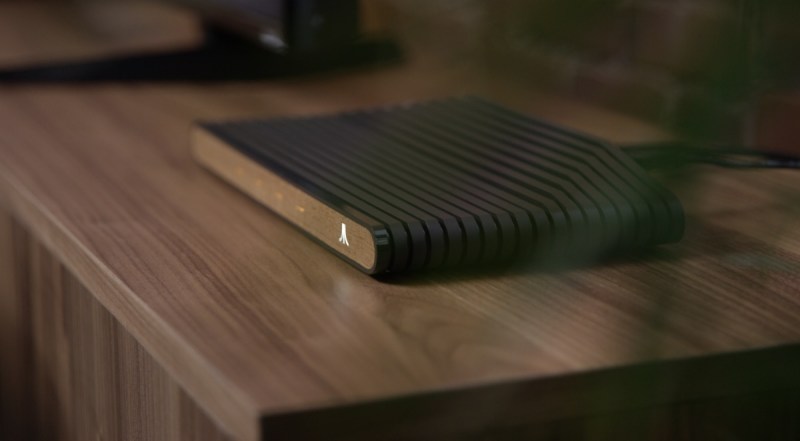 Atari will factor in feedback from fans, particularly on things like content, colors, special editions, early access, and design options. But it has made some key decisions on the design, which pays homage to older consoles such as the Atari 2600, which debuted in 1977. Mac joined Atari for this project, and it wouldn’t be happening without his involvement. As an aside, he’ll be a speaker at our upcoming GamesBeat Summit 2018 event on April 9-10 in Berkeley, California.

Mac thought of the idea for the box when he saw kids and their friends connecting laptops to TVs so they could play Minecraft and other software that they didn’t have readily available on consoles. Mac has been involved in technology companies for years. His past companies include FMTwo Game, Now Computing, and MediaLab Barcelona. As Atari started talking about the project, Mac was astounded to see how much love people had for Atari.

“I was blown away when a 12-year-old knew every single game Atari had published. That’s brand magic. We’re coming in like a startup with a legacy,” Mac said. “We’ve attracted a lot of interest, and AMD showed a lot of interest in supporting us and working with us. With Indiegogo, we also have a strong partnership.”

“People are used to the flexibility of a PC, but most connected TV devices have closed systems and content stores,” he said. “We wanted to create a killer TV product where people can game, stream and browse with as much freedom as possible, including accessing pre-owned games from other content providers.”

In an interview with GamesBeat in June, Atari CEO Fred Chesnais confirmed the company was working on a new console as part of both a retro revival and a new era for Atari. The New York company is cashing in on the popularity of retro games and Nintendo’s NES Classic Edition, which turned out to be surprisingly popular for providing a method to easily play old games like Super Mario Bros. and The Legend of Zelda in HD on a TV. Atari’s classics include Asteroids, Centipede, Missile Command, and Pong.

“People are used to the flexibility of a PC, but most connected TV devices have closed systems and content stores,” Mac said. “Ataribox is an open system, and while our user interface will be easy to use, people will also be free to access and customize the underlying OS. We’ve chosen to launch Ataribox with Indiegogo given their focus on delivering technology products, and their strong international presence in over 200 countries, allowing us to reach and involve as many Atari fans around the world as possible.” 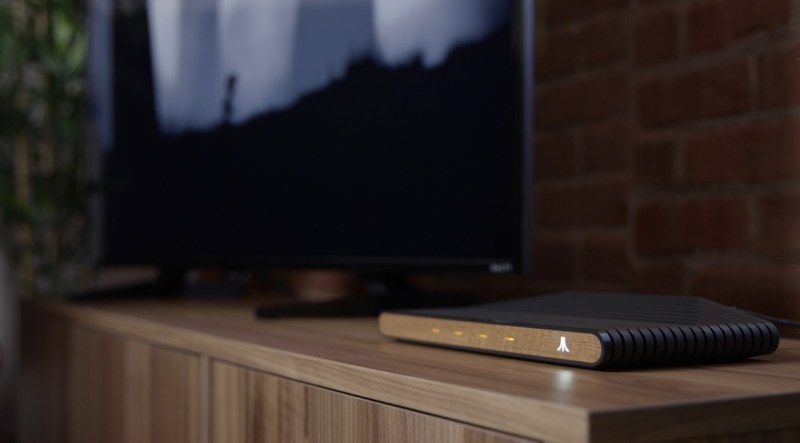 Above: Ataribox next to a TV.

“It’s a very flexible product, and you won’t need to spend more money if you don’t want to,” he said. “In some ways, you are buying some freedom.”

Atari will discuss details on the content and partnerships later. For more info, you can sign up at Ataribox.

“With Ataribox, we wanted to create an open system, a killer product where people can game, stream and browse with as much freedom as possible. Atari games and content will be available as well as games and content from other providers,” said Chesnais, in a statement. “We also wanted to launch Ataribox with our community, and reward our fans with exclusive early access, special editions, and include them as active participants in the product rollout.”