For IT professionals, there’s nothing worse than unexpected downtime. About 82 percent say it has an ” impact on revenue,” according to a survey conducted by xMatters, and the cumulative effect can to be significant. Costs stemming from just one hour of downtime often exceed $100,000.

That’s why today at its Summit Europe conference in Barcelona, Atlassian announced Jira Ops, a new product for IT teams built on top of the Australian company’s proprietary bug-tracking and agile project management platform.

Jira Ops is available for early access beta users starting this week and is expected to launch formally in 2019.

“The old ways of responding to incidents no longer work, and ops responsibilities are changing as a result,” Atlassian wrote in a blog post. “Jira Ops provides a single place to respond to incidents, connect incident point solutions, and execute a consistent process for every incident. This helps teams resolve incidents faster and decrease the chance of recurring problems.” 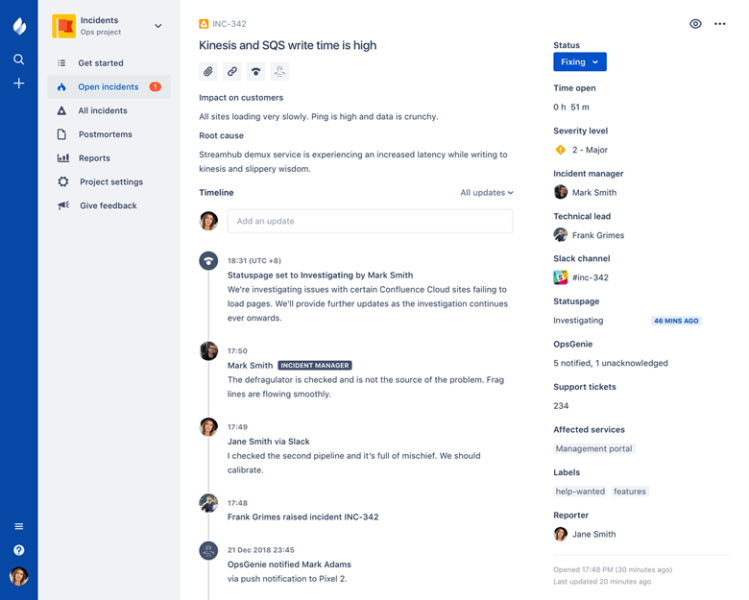 Above: A screenshot of the Jira Ops dashboard.

Team members can elevate more serious alerts to incidents or create tickets manually to recruit more responders. When someone opens an incident within Slack, an associated Slack channel is automatically created and Jira Ops pins a link to it on the ticket. 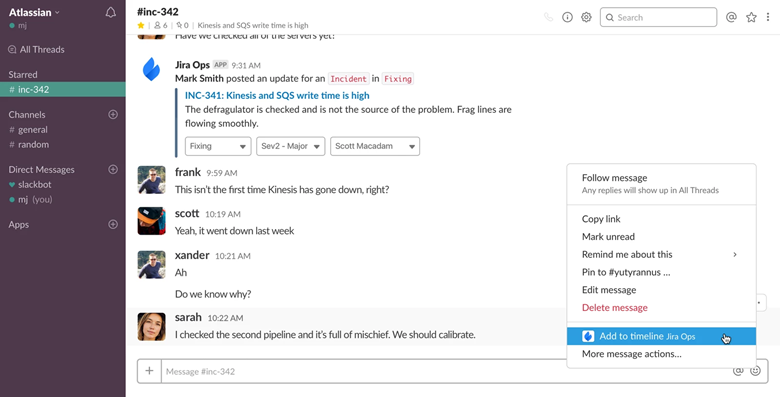 Above: Slack integration with Jira Ops.

Atlassian also today announced the $295 million acquisition of incident-alerting platform OpsGenie, which counts Yahoo, Dow Jones, and Overstock among its 3,000 customers. It supports Jira Ops at launch, the company said, and the two will be combined into a single offering over time.

Jira Ops is Atlassian’s largest step yet into the IT operations market, which Gartner says is worth an estimated $25 billion. Moreover, the launch represents a doubling down for the company, which earlier this year said it would expand its offerings for technical and IT teams.

“Serving IT departments is an adjacent market we’ve been serving for years, yet we’ve barely scratched the surface of this significant opportunity,” Atlassian cofounder and CEO Michael Cannon-Brookes said in a conference call with shareholders. “What we’re finding is we’re getting increasingly pulled by IT departments to do more for them … This year, you’ll see us placing more emphasis on the IT market through our R&D investments, partnerships, and marketing.”

In July, Atlassian sold HipChat and Stride, two workflow productivity apps designed for large enterprises, to Slack. As part of a strategic partnership, Slack agreed to pay an undisclosed amount over the next three years for the intellectual property underlying HipChat Cloud and Stride, and in return Atlassian will make a small equity investment in Slack.

At the time of the sale, Slack CEO Stewart Butterfield told Bloomberg that HipChat and Stride made up a “single digit” percentage of the enterprise messaging market.

Atlassian, which was founded in 2002 and launched an initial public offering in 2015, reported over 125,000 customers by the end of 2017. (Notable Jira clients include Twitter, Skype, NASA, the U.S. Department of Defense.) During its fourth-quarter earnings call in July, the company announced revenue of $243.8 million, up 40 percent year-over-year.