Atomontage has raised $1.95 million in seed funding for its microvoxel technology, which you use with 3D simulation and graphics rendering.

Atomontage will primarily use the funding for team growth and continued product development from its prototypes, which already feature groundbreaking voxel resolutions and interactive performance unlike anything seen running on common computer hardware, the company said.

“Voxel technologies have been promised a long time,” said cofounder and president Dan Tabar in an interview with GamesBeat. “It’s not something that we invented. The concept of little cubes in space, or 3D pixels, has been around in the computer science literature since the 1970s. And it’s almost like VR, where it was promised for decades, and wasn’t really ever viable.”

He added, “And now we’re there. Minecraft is definitely something that taught a whole generation of kids to grow up with a world of large cubes. But the tantalizing thing is what happens if those cubes are not one meter on a side but millimeters on the side? And that’s what we call microvoxels, where you don’t see the cubes. That’s what we’re working on.” 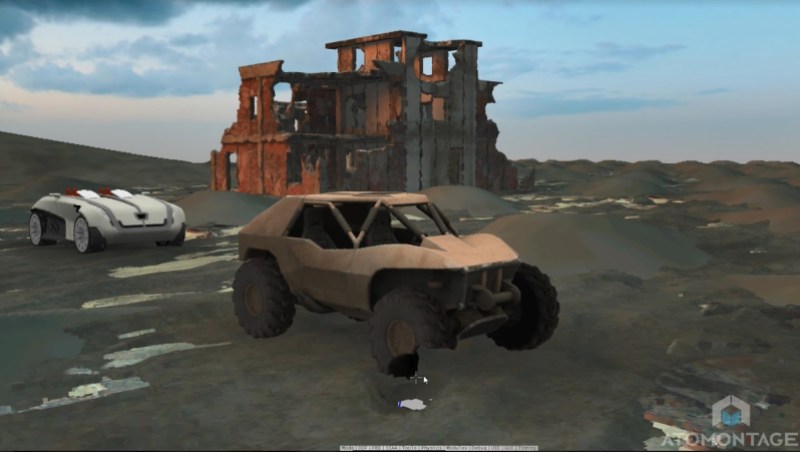 The Stockholm and Bratislava, Slovakia-based company (with official headquarters registered in Delaware) is taking advantage of more than 15 years of research and development in replacing polygons with small cubes for 3D graphics. One of the problems with polygons is they are kind of like “shell graphics,” or hollow on the inside, and they were meant to enable 3D on less powerful computers. But today’s computers have the ability to render voxels better. 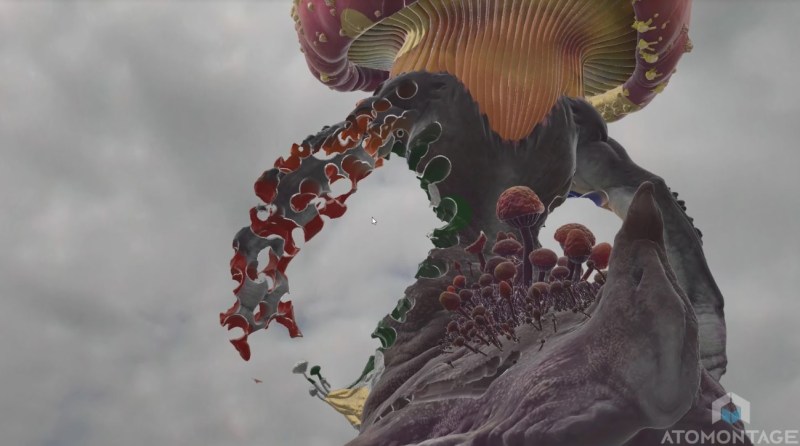 Content creators can source, edit, and remix assets easily — while end-users will enjoy the deeply interactive experiences across a wide spectrum of today’s most common PC, mobile, AR, and VR hardware.

Since its launch in 2018, the company’s tech team has grown to just over half a dozen senior software engineers with a combined 170 years of experience across game development, visual computing, and software architecture.

“As creators continue to build ever-expansive worlds and truly massively multiplayer experiences, the issue of computational and graphical bottlenecks is a recurring theme,” said Michael Cheung, partner at Makers Fund, in a statement. “Atomontage, with their impressive amount of research focused on the solution, have the ability to upend the fundamentals by replacing polygons with voxels, enabling the creation of previously impossible experiences. We’re excited to be on the journey with such visionaries in the industry.”

The company has nine employees, mostly based in Slovakia. Tabar said that various academics have debated whether voxels or “point clouds” are the right way to move forward.

“There are all these other effects that are more viable for simulation and rendering with microvoxels,” Tabar said. “Like physics simulation, it’s very hard to have a computer figure out how to collide two clouds that are kind of amorphous. You don’t really know the actual surface of them because they are kind of cloud like and their vector data [isn’t clear]. With voxels, you can much more readily figure out what collision surfaces are between them. And that’s what we show with our actual vehicles with rigid bodies rolling over terrain.”

“Last year, we came out with a bunch of prototypes that showed breakthroughs that we’ve been working on for 15 years,” Tabar said. “Those prototypes are not products. And now we are building the products with the seed funding and our team. In the next year, in 2020, we will have something that people can start using as a product.”

The interest so far comes from across industries, beyond just games, with different types of platforms and companies showing interest.

“We’ll be showing some exciting stuff with partnerships,” Tabar said.

The company is working with enterprises, which may launch the technology first, before game companies fully make use of it.

“Rendering is kind of the easy part and it’s something that enables real-time computer graphics, like real-time ray tracing,” Tabar said. “But simulation is really the hard part because now you have to make the world change, and not just what is within view of your camera. You have to be able to have physics simulation or any kind of simulation to model the world like weather or structural integrity of buildings. And you can imagine chemical simulations.”

“The games using voxels today show the tip of the iceberg of the potential if you have the atomic unit of the world be these things that are simulated down to this level, and you allow people to manipulate them directly.”