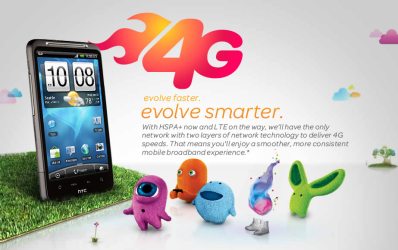 The battle for 4G dominance is ramping up this year, and it looks like AT&T may have a heck of a contender with its LTE 4G network.

AT&T showed off its LTE 4G network performing wicked fast with 28.87 megabits per second downloads and 10.4 Mbps uploads in a supposed “real world” scenario, reports GigaOm, which got an exclusive look at the network this week at AT&T’s Foundry innovation space in Texas.

In comparison, Verizon advertises download speeds between 5 Mbps and 12 Mbps, and upload speeds of around 5 Mbps, for its LTE 4G network.

The test was run using a MIMO antenna together with the 700 megahertz swath of spectrum the company bought at auction, and the Advanced Wireless Services (AWS) spectrum it already owns. Purchasing T-Mobile would give AT&T an extra bounty of AWS spectrum, which would make rolling out its LTE 4G network even easier.

Realistically, AT&T’s 4G speeds will certainly drop when it’s shared on a cellular tower, but it’ll be interesting to see if the company can still remain faster than Verizon. AT&T said previously that it expects to launch its LTE 4G network in the middle of this year, which still gives Verizon a half-year head start since it launched its 4G network last December.