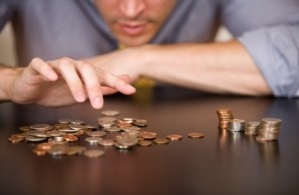 AT&T announced yesterday that it will enable iPhone VoIP apps on its 3G wireless network. You’d think that’d be great news for VoiP companies, and market leader Skype in particular, and indeed, Skype CEO Josh Silverman rejoiced, asking for even more concessions. But dig a little deeper, and the picture isn’t quite so rosy.

The VoIP market has low barriers to entry and limited revenue-generating opportunities under the current business models, so it’s no surprise that VoIP players are facing stiff competition and prices are driving down to zero. Skype, still a dominant VoIP provider, has not made the progress eBay had hoped for when it bought the company. Its current user base is strong at 480 million, but with large mobile and landline operators offering VoIP services in a bundle, a newly independent Skype (eBay sold the company just a few weeks ago) will have to come up with new strategies if it’s going to survive and grow.

With increased competition from internet VoIP players such as Jajah, Jaxtr, Vivox, and Google Voice; VoIP players such as Vonage and Net2Phone, which offer VoIP on installed lines; wireless operators such as AT&T, Verizon, and T-Mobile; and even cable operators such as Comcast, which is offering VoIP in a bundle, Skype has an uphill battle ahead. Despite all the hardships the company faces (including the recent lawsuit), VoIP is going to be a big market as a whole, especially as voice minutes convert into data packages and as LTE and/or WiMax become more widespread, replacing the voice channel altogether. Skype could leverage its superior technology — which opens up opportunities beyond VoIP — and large subscriber base to grow faster than it has in the last few years.

Here’s where it really needs to make smart decisions:

Move into the enterprise. While Skype works seamlessly for most consumers, it isn’t interoperable with many existing business phone systems due to the fact that it does not use SIP, a signaling protocol used to interoperate with public switched telephone network (PSTN). Skype has realized that business telephony — telephones used by business users to talk to and video conference with other employees and partners — is a lucrative market. And with a lot of traditional lines being converted into VoIP lines, it’s decided to enter the enterprise telephony market. The right move at this point would be to leverage partnerships with large players such as Cisco, Nortel, Siemens and Alcatel-Lucent to target large enterprises, and leverage its international reach (only less than 15% of user accounts are in North America) to directly target small and medium enterprises, which have smaller budgets and are more likely to use cheaper VoIP solutions.

Launch an aggressive platform strategy. Another way Skype can keep itself viable is to turn itself into a platform — in other words, let developers write applications around the basic voice service. For example, developers could use a Skype API to allow users to make calls from inside a virtual world or a game. Skype has already announced a platform strategy, but it will have to be more aggressive than it plans — especially in the social networking, virtual worlds and gaming sectors. Vivox and Jajah are some of the early movers in virtual worlds, and Skype should either look into possible acquisitions of these companies, or partner up to offer its VoIP technology so that the other companies can focus on what they do best while using Skype’s platform.

Partner with carriers. Skype is lobbying for net neutrality (a netutral broadband network is free of restrictions on content, applications — such as Skype on cell phones — and platforms) to further threaten leading mobile operators. As I said earlier, Skype CEO Silverman was quite excited by today’s AT&T announcement. The consenus among most media is that AT&T’s announcement is good for consumers and that AT&T is only the first carrier to fall in line with the FFC’s recent pressure to extend net neutrality to wireless networks. In fact, a scenario with other carriers starting to enable VoiP apps, is likely. In a similar move, Verizon reportedly will accept Google Voice when it launches its Android phones on its network. However, VoIP companies and other proponents of such an interpretation of net neutrality should be careful what they ask for. None of these regulatory rulings addresses one of the fundamental problems the industry has to face: Mobile data usage is exploding, and mobile data revenue to the carriers has only increased 20 percent per year (see some stats here). What that means, the panelists of the “Is the day of reckoning coming? Are data intensive apps in danger?” panel at our conference MobileBeat agreed, is that the country’s major wireless carriers — Verizon, AT&T, Sprint and T-Mobile — are going to have to abort the all-you-can-eat mobile data plans most of us take for granted. As we said before, they’re likely to want to cap the bandwidth you can use. In fact, most of the main carriers (Verizon, AT&T and Sprint) already cap your usage at 5GB a month, just in case you use too much broadband — that’s around the point at which they start losing money. So far, it hasn’t really been enforced, or hasn’t mattered much because very few users have hit that ceiling. But the carriers charge extra if you want to use more. Also quite likely, in the next months we will see the introduction of tiered pricing plans for consumers. First in the world to roll out the next generation 4G network is Scandinavian carrier Teliasonera, and its pricing is a sign of things to come.

Skype also faces a threat from the same mobile operators as they start offering bundled services (VoIP wireless and landline, internet, and TV), and offer VoIP on mobile themselves once they roll out LTE and WiMax. Furthermore, SkypeOut (the ability to call regular phone numbers from a Skype client) — a major source of revenue for Skype, will be negatively impacted as Skype’s user base increases. The more Skype users there are, the less need there is for SkypeOut, which will result in reduced SkypeOut revenues. Rather than fighting with the heavyweights, Skype should partner with leading carriers. For example iSkoot, “the carrier-friendly Skype”, is already partnering with carriers to offer VoIP services, and carriers see this as a welcome move rather than a threat. So far Skype has shown little understanding on this front.

Innovate. Despite being one of the first movers among VoIP players, Skype has done little to innovate on how we communicate. Upcoming startup RebelVox on the other hand is offering promising new ways to communicate using voice over data. Video calling and conference are going to become more popular with the advent of 4G, and this is one area where Skype can leverage its platform to innovate as well. There is much room for innovation in this space, and Skype should be one of the leaders.

An independent Skype is a stronger Skype, but we also expect more from it. It must aggressively pursue clever strategies and execute flawlessly to become the force it should have been a few years ago.