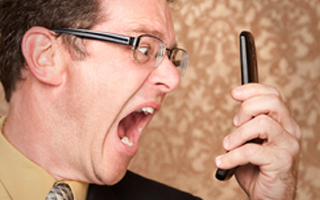 AT&T is reportedly approaching Sprint, MetroPCS, Dish Network and others to help the telecom giant save its proposed purchase of T-Mobile.

Today, Bloomberg said sources close to the matter have been involved in private talks between AT&T and the aforementioned companies as well as Leap Wireless and CenturyLink.

The sources say AT&T wants these companies to buy certain assets, including customers and wireless spectrum, in order to break the company up just enough to make the T-Mobile acquisition palatable to the U.S. government, which is currently attempting to block the purchase on antitrust grounds.

According to the aforementioned sources, Bank of America is advising AT&T on how best to sell the assets and on which resources should go where.

If the maneuvers are successful and the T-Mobile purchase is completed, AT&T would become the country’s largest wireless operator. However, the U.S. Justice Department argues that the merger would “substantially lessen competition” in the wireless market, and it filed a lawsuit to that effect at the end of last month.

AT&T first announced it wanted to buy T-Mobile in March 2011. At that time, the price had been set at $39 billion. Even at that time, AT&T acknowledged there would be antitrust concerns with the deal but said, “The U.S. wireless industry is one of the most fiercely competitive markets in the world and will remain so after this deal.”

In a separate interview, AT&T president Ralph De La Vega stated, “I think that the appropriate authorities will find there will still be plenty of competition left.”

Nevertheless, several entities in addition to the Justice Department have thrown flags on the deal. Earlier this month, Sprint sued to block the deal, and so far, seven U.S. states have joined the federal suit to prevent the acquisition from going through.

If the deal doesn’t close, AT&T may be liable for a $6 billion break-up fee to be paid to Deutsche Telekom, the current owner of T-Mobile.