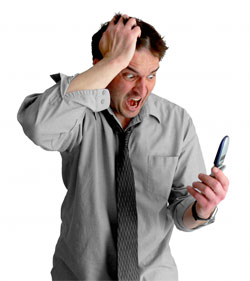 After constant complaints about the crummy service on its 3G network (a problem linked to its exclusive support for the iPhone), AT&T just announced that it’s boosting network speed in six cities. This is great news — assuming you don’t live in San Francisco or New York.

AT&T says it’s rolling out support for the High Speed Packet Access (HSPA) 7.2 technology in Charlotte, Chicago, Dallas, Houston, Los Angeles, and Miami by the end of this year. Presumably, AT&T is holding off on San Francisco and New York despite the concentration of iPhone owners because the terrain makes network coverage difficult. The mobile carrier says it will bring the increased speeds associated with HSPA 7.2 to 25 of the top 30 markets by the end of 2010.

Meanwhile, many predict Apple won’t renew its exclusive deal with AT&T, which ends next year. Personally, if AT&T doesn’t improve San Francisco speeds by then, I’m definitely going to want to switch to another network. In the meantime, iPhone users near AT&T Park in San Francisco (including everyone at the VentureBeat office) can expect conversations to continue to include this exchange: