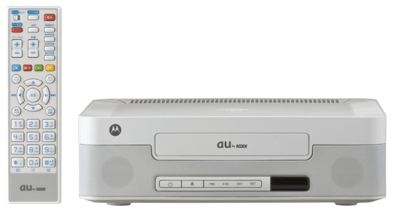 Okay, it’s not just tech blogs like VentureBeat that think the Google-forged Android operating system is going to have a big year. Even Google chief executive Eric Schmidt is getting bullish. In a conference call yesterday about his company’s first quarter earnings, Schmidt held forth with the following:

There are announcements happening between now and the end of the year that are quite significant from operators and new hardware partners in the Android space, which I won’t preannounce except to say that they really do fulfill much of the vision that we laid out more than a year ago.

As we’ve been covering in depth since last year, Android is getting picked up by a wide range of handset manufacturers and mobile carriers around the world. In a report earlier this week, we noted that Android looked especially strong in Asia, where among other efforts it was reportedly shipping in set-top boxes made by Motorola and carried by KDDCI in Japan.

But that’s not so, Motorola tells us today.

The boxes, called the “au Box,” were supposedly somehow going to let you use the Android interface on home entertainment systems. While other companies, including T-Mobile in the US, are moving forward with plans to take Android beyond phones, here’s Motorola’s response:

Motorola, Inc. (NYSE: MOT) would like to clarify that contrary to some recent reports, the set tops supplied to KDDI by Motorola to deliver the operator’s “au BOX” service are not based on Android. The platform used is in fact Motorola’s KreaTV platform for set tops which is based on Linux and there are no plans to produce an Android-based version.

The “au BOX” service allows mobile customers to transfer content between their home entertainment systems and their mobile devices. Motorola’s KreaTV™ open software platform for set-top devices is designed to enable operator customers to easily add new functionality and services at any time, allowing the system to grow according to their business needs and customer demands. KreaTV is compatible with a wide range of OS middleware and Digital Rights Management (DRM), and supports multiple different video formats ranging from MPEG-2 SD to H.264 HD, DVR, and hybrid.

The powerful multimedia set top also offers video encoding capabilities to allow users to upload video from their personal video recorders and then transfer it to a mobile handset. It can also play DVDs when linked to an external monitor. The set top can additionally serve as a portal for internet web browsing, enabling users to access a wide range services and user generated content in addition to the option of purchasing music and video content from online stores.