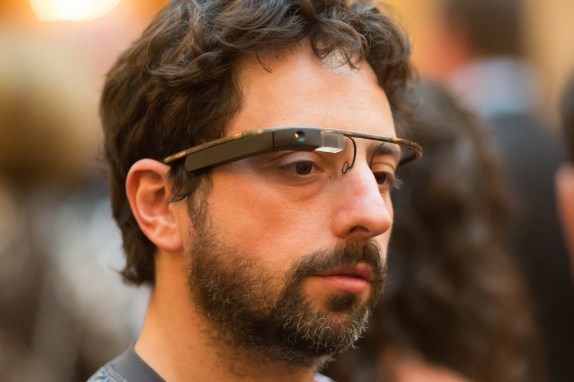 Sergey Brin may not be a famous actor or rock star, and he probably isn’t as recognizable as JayZ or Tom Cruise. Unless you’re a techie or an augmented reality enthusiast, like Noah Zerkin.

Zerkin, who spends his days creating experimental and creative integrations between technology, happened to see the Google co-founder on the subway in New York, wearing one of his innovative new projects, the Google Glass augmented reality glasses:

I’m not sure about the “most powerful man in the world,” but Brin is a billionaire perhaps 18 times over, is number 24 on Forbes’ list of the richest people in the world, and owns a Boeing 767 jet. And yet, he  apparently rides the subway just like any other commuter in New York, wearing a beanie cap and a track jacket.

One thing he’s wearing that most other commuters can’t, however, is Google Glass.

Project Glass, which hasn’t updated its Google Plus page in about two months, made the list of Time’s best inventions of the year for 2012 but won’t be available for widespread purchase and use until perhaps 2014. Which means that the rest of us can’t videochat, check maps, see appointments, and benefit from a cyber-assisted memory without actually looking down at our smartphones. How lame.

In any case, it sounds like Brin is a pleasant enough multi-billionaire to run into in public. Zerkin says he was a “nice guy.”