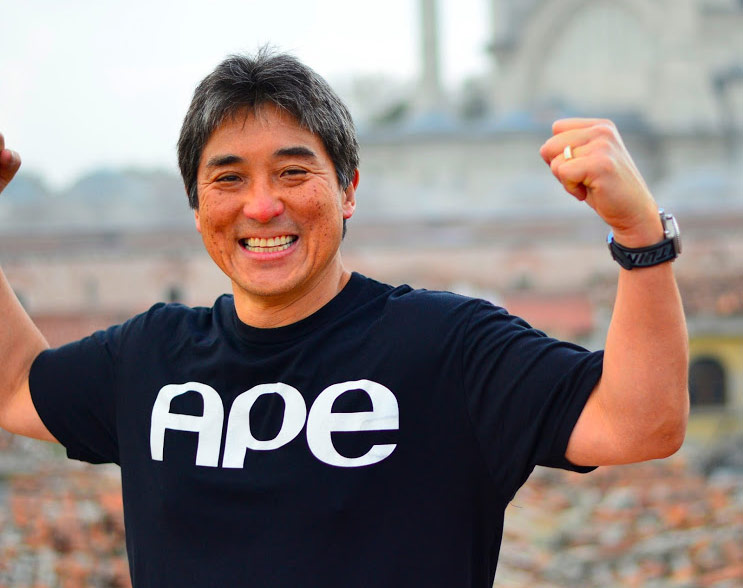 He’s built and sold three companies, invested in dozens more as a venture capitalist, still runs a few startups fairly actively, and worked for Apple in the early breakout years of its 1984-style fight against Big Brother (aka IBM). But he’s also a prolific writer, with books like The Art of the Start and Rules for Revolutionaries that have been must-reads for founders and intrapreneurs for years.

Put the two together, and you’ve got someone who budding authors should listen to about what it means to write  books in 2013. Especially if you actually want to sell any.

Kawasaki put all that entrepreneurial and authorial perspective into his latest book, Author, Publisher, Entrepreneur: How to Publish Your Book. APE came out recently on Kindle and is launching in dead tree format tomorrow. I’m about two-thirds of the way through the book, and spent some time chatting yesterday with Kawasaki about the changes he’s seeing in writing and publishing.

Kawasaki: I use a Nexus 7, with the actual books in Kindle Reader. For me the 7″ format is the largest format that when I fall asleep and it hits my face, it doesn’t hurt. Full-size tablets … not so much. 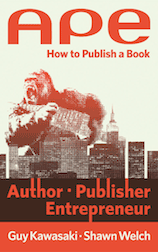 VentureBeat: Talk to me about the timing of the book … author, publisher, entrepreneur. There’s something going on here that’s new.

Kawasaki: I had a very bad experience … I recently self-published a book called What the Plus. I had this idea that self-publishing was easy — bring your Word file to Kindle and you’re done — but, especially if you’re writing nonfiction and have tables, bullets, lists, images … it’s extremely non-trivial.

So I thought that if I, with with my background in technology, was having a hard time, others would too. And I wanted to help.

VentureBeat: Of course, it’s not just the technical bits … you’ve got three parts there — author, publisher, and entrepreneur. Is the entrepreneur piece the toughest for most authors?

Kawasaki: For a novelist the publishing is not hard. For nonfiction it is, but even then you can find someone who can do it.

But the marketing part … I guess you could hire someone, but it takes nine to twelve months of concerted effort to build a platform. Which means having lots of followers, and fans, and subscribers … and that has to be started the moment the you begin.

VentureBeat: And on the publishing part …

Kawasaki: I really want authors to understand that traditional publishers used to provide two to three main sources of benefit:

First, they were a filter of what was good. Someone smart and talented picked what was good from what was crap, so the best stuff came to market. (I no longer believe that’s true, by the way. Now people go to Amazon, see 4 stars, click, and the book is bought.)

Second, they were very good at getting dead trees to retailers. The only problem is, there are far fewer retailers now.

So for an author today, you have to question whether it’s worthwhile to go through this rigamarole of finding a publisher — which takes maybe six months — and then be forced to wait another 12 months while your book winds its slow way through the massive publishing machine. 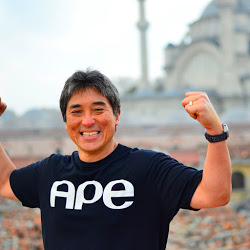 Now, maybe plan A is to find a traditional publisher, get a big advance, and and editor, and write the book. Almost no-one can do that. Plan B is to write it, upload it to Amazon, and make $2 out of every $3 the book takes in.

Plan C — which is a great plan, by the way — is to do plan B, and then, when your book is successful and being downloaded, go to plan A.

VentureBeat: You’ve done all three. What are you seeing with sales of your own books … digital vs paper?

Kawasaki: I’ve written 12 books now, and the best data I have is with Enchantment, where the ratio of print to ebooks is two to one.

There is a myth that more ebooks are sold than paper books, but generally speaking the total U.S. market for books is about $25B, and roughly 10 percent is ebooks. The place where ebooks really dominate is adult fiction.

I think that it will be 90 percent ebooks someday … but that’s not true today.

Venturebeat: Amazon is so dominant in digital publishing. Should you just focus on Amazon?

Kawasaki: For a novice author, the answer is probably yes: Amazon is roughly 80 percent of the action. The Nook, Apple’s iBooks store, and Kobo is the rest.

Plus, you do get some significant benefits if you go exclusive with Amazon, like the Kindle Direct Publishing program. It’s much simpler … if you’re successful, then go to the other platforms.

VentureBeat: About print … it seems sometimes that the book is the artifact, the souvenir, while authors are making much more revenue around it in terms of speaking, consulting … is that a good reason to write a book?

Kawasaki: I say it’s bad reason because it’s unlikely that most authors will make significant money.

I also believe that it’s bad karma. A book is an end in itself … if you think of a book as a means to an end, I just think that’s bad karma. For example, in a marketing sense, if you pretend you are on Amazon, and you’re seeing books by famous authors and you see your book — the Shmoe Way by Joe Shmoe from Schmoe Publishing — you have to ask why should anyone give a shiitake about my book?

No-one wakes up in the morning and says I’m going to give Joe more money, more business, more speaking opportunities. They don’t buy it to help you.

So the only way the book is successful if it’s helpful.

VentureBeat: One of the problems authors face when they publish themselves is pricing … how much is my baby, the book I’ve been working on for so many months, worth?

Kawasaki: Well, first you have to understand that pricing is witchcraft, not science. But there are some guidelines.

For a non-fiction book, the sweet spot is $9.99. A hardcover would be $26, and you have to be lower to make people feel they’re getting a good deal when buying digital. But anything less, and people start thinking: how could it be worthwhile?

But there are some exceptions — if you’re an iOS developer and you write a book that’s going to help someone build the next Instagram … that book can cost $99.

Try that the traditional route: go to a New York publisher and tell them you have a $50 iOS book … and then it takes 12 months to get it out, and it’s out of date before it’s ever published. Not going to work.

VentureBeat: Is today the best time ever to be an author?