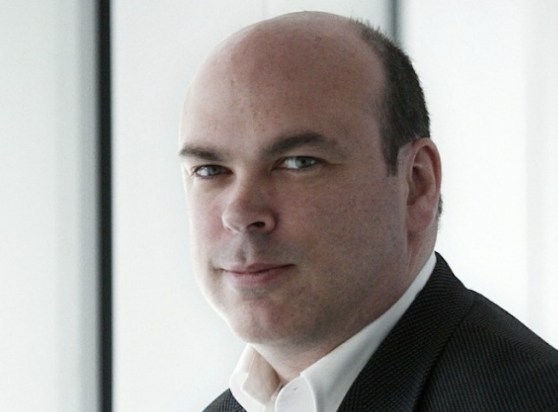 Michael Lynch, the founder of Autonomy, is publicly trading blows with HP.

HP acquired Autonomy for $11.1 billion in 2011, but wrote down $8.8 billion of that earlier this month after it discovered what it called “serious accounting improprieties” in Autonomy’s books.

“I utterly reject all allegations of impropriety,” Lynch wrote in an open letter to the board published today.

Lynch is not the only one defending his reputation. The allegations have sent everyone associated with the deal running for cover. Former HP CEO Léo Apotheker, who drove the deal, said he was “stunned” to learn there were issues.

Lynch’s letter has a string of detailed questions about how things could have gone so badly wrong, whether they were known before the acquisition, and how accounting shenanigans could have accounted for $5 billion of that $8.8 billion write-down, as HP alleges. His questions also cast doubt on HP’s management of Autonomy, post-acquisition, and suggest that he has no idea where HP’s allegations are coming from.

HP wasted no time in firing back with a brief statement of its own. In a nutshell: We’ve handed this over to the authorities, and have nothing more to say at this time.

“While Dr. Lynch is eager for a debate, we believe the legal process is the correct method in which to bring out the facts and take action on behalf of our shareholders,” said HP’s statement. “In that setting, we look forward to hearing Dr. Lynch and other former Autonomy employees answer questions under penalty of perjury.”

Both parties have everything at stake. HP, which has been flailing lately, is fighting for its life. And Lynch, while he may have a lot of cash in the bank from his successful exit, has his professional reputation on the line.

The gloves are off, folks.

A copy of HP’s letter is below, via AllThingsD, which published it earlier today.

On 20 November Hewlett-Packard (HP) issued a statement accusing unspecified members of Autonomy’s former management team of serious financial impropriety. It was shocking that HP put non-specific but highly damaging allegations into the public domain without prior notification or contact with me, as former CEO of Autonomy.

I utterly reject all allegations of impropriety.

Autonomy’s finances, during its years as a public company and including the time period in question, were handled in accordance with applicable regulations and accounting practices. Autonomy’s accounts were overseen by independent auditors Deloitte LLC, who have confirmed the application of all appropriate procedures including those dictated by the International Financial Reporting Standards used in the UK.

Having no details beyond the limited public information provided last week, and still with no further contact from you, I am writing today to ask you, the board of HP, for immediate and specific explanations for the allegations HP is making. HP should provide me with the interim report and any other documents which you say you have provided to the SEC and the SFO so that I can answer whatever is alleged, instead of the selective disclosure of non-material information via background discussions with the media.

I believe it is in the interest of all stakeholders, and the public record, for HP to respond to a number of questions:

• Many observers are stunned by HP’s claim that these allegations account for a $5 billion write down and fail to understand how HP reaches that number. Please publish the calculations used to determine the $5 billion impairment charge. Please provide a breakdown of the relative contribution for revenue, cash flow, profit and write down in relation to:

• The alleged “mischaracterization” of hardware that HP did not realize Autonomy sold, as I understand this would have no effect on annual top or bottom lines and a minor effect on gross margin within normal fluctuations and no impact on growth, assuming a steady state over the period;

• The alleged “inappropriate acceleration of revenue recognition with value-added resellers” and the “[creation of] revenue where no end-user customer existed at the time of sale”, given their normal treatment under IFRS; and

• The allegations of incorrect revenue recognition of long-term arrangements of hosted deals, again given the normal treatment under IFRS.

• In order to justify a $5 billion accounting write down, a significant amount of revenue must be involved. Please explain how such issues could possibly have gone undetected during the extensive acquisition due diligence process and HP’s financial oversight of Autonomy for a year from acquisition until October 2012 (a period during which all of the Autonomy finance reported to HP’s CFO Cathie Lesjak).

• Can HP really state that no part of the $5 billion write down was, or should be, attributed to HP’s operational and financial mismanagement of Autonomy since the acquisition?

• How many people employed by Autonomy in September 2011 have left or resigned under the management of HP?

• HP raised issues about the inclusion of hardware in Autonomy’s IDOL Product revenue, notwithstanding this being in accordance with proper IFRS accounting practice. Please confirm that Ms Whitman and other HP senior management were aware of Autonomy’s hardware sales before 2012. Did Autonomy, as part of HP, continue to sell third-party hardware of materially similar value after acquisition? Was this accounted for by HP and was this reported in the Autonomy segment of their accounts?

• Were Ms Whitman and Ms Lesjak aware that Paul Curtis (HP’s Worldwide Director of Software Revenue Recognition), KPMG and Ernst & Young undertook in December 2011 detailed studies of Autonomy’s software revenue recognition with a view to optimising for US GAAP?

• Why did HP senior management apparently wait six months to inform its shareholders of the possibility of a material event related to Autonomy?

Hewlett Packard is an iconic technology company, which was historically admired and respected all over the world. Autonomy joined forces with HP with real hopes for the future and in the belief that together there was an opportunity to make HP great again. I have been truly saddened by the events of the past months, and am shocked and appalled by the events of the past week.

I believe it is in the best interests of all parties for this situation to be resolved as quickly as possible.
I am placing this letter in the public domain in the interests of complete transparency.

And here’s a copy of HP’s full statement, which we received from an HP spokesperson today.

HP has initiated an intense internal investigation into a series of accounting improprieties,
disclosure failures and outright misrepresentations that occurred prior to HP’s acquisition
of Autonomy. We believe we have uncovered extensive evidence of a willful effort on
behalf of certain former Autonomy employees to inflate the underlying financial metrics
of the company in order to mislead investors and potential buyers.

The matter is in the hands of the authorities, including the UK Serious Fraud Office, the US
Securities and Exchange Commission’s Enforcement Division and the US Department of
Justice, and we will defer to them as to how they wish to engage with Dr. Lynch. In
addition, HP will take legal action against the parties involved at the appropriate time.

While Dr. Lynch is eager for a debate, we believe the legal process is the correct method in
which to bring out the facts and take action on behalf of our shareholders. In that setting,
we look forward to hearing Dr. Lynch and other former Autonomy employees answer
questions under penalty of perjury.