Amazon Web Services (AWS), the cloud services division of ecommerce titan Amazon, has today lifted the lid on a new offering that opens the technology behind the company’s own customer service center to businesses around the world.

With Amazon Connect, AWS is looking to sell its cloud services, packaged as an off-the-shelf contact center platform. Through the AWS Management Console, any business can set up a cloud-based portal and accept calls and other communications from its own customers. 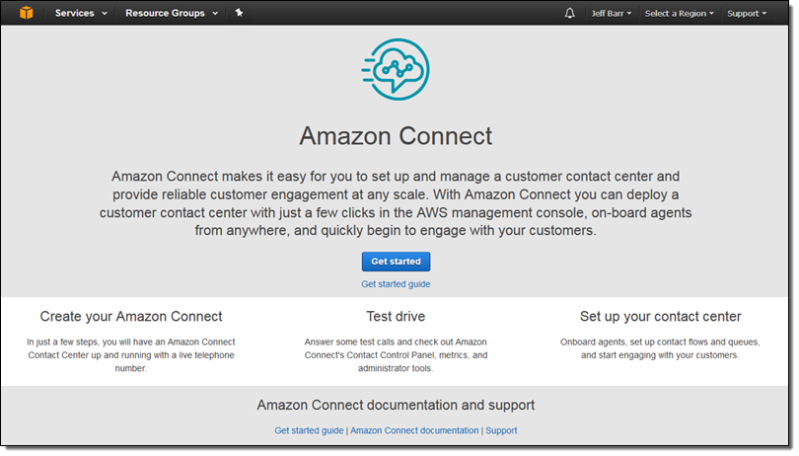 In terms of costs, well, Amazon is luring companies in with a free basic service as part of the AWS Free Usage tier, which gives users 90 minutes of service usage, a DID number (Direct Inward Dialing, or virtual numbers that enable calls to be routed via existing telephone lines), a toll-free number, half an hour of inbound DID calls and toll-free calls, as well as 30 minutes of outbound calls each month for a year.

After that, it’s priced on a per-minute, pay-as-you-go basis, with no minimum fees or setup costs. The fees vary by market. 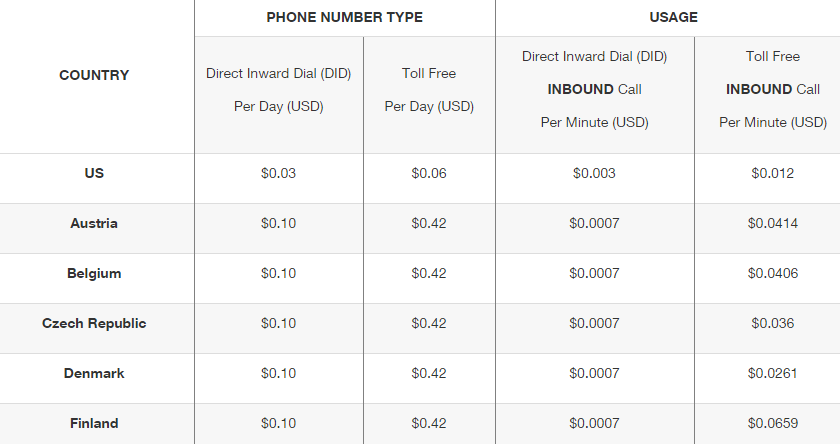 For launch, Amazon Connect is available in the U.S. and 18 countries across Europe, though more countries will be added “in the coming months,” according to a press release.

Just as Amazon built its own cloud services business to power internal operations and then later opened it up to other businesses, the company also built its own customer service center technology from scratch more than decade ago and is now opening it up. It’s already built the system, so why not monetize it?

“Ten years ago, we made the decision to build our own customer contact center technology from scratch because legacy solutions did not provide the scale, cost structure, and features we needed to deliver excellent customer service for our customers around the world,” said Tom Weiland, vice president of worldwide customer service at Amazon. “This choice has been a differentiator for us, as it is used today by our agents around the world in the millions of interactions they have with our customers.”

Incumbents in the customer contact center software space include Zendesk, a publicly traded company that has been doing rather well of late. Its shares are well up on their 2014 IPO price, but they did drop 0.20 percent this morning — and perhaps Amazon’s news had something to do with it.

Amazon’s entry into the cloud-based contact center realm will likely have the existing players quivering, as Amazon has the might and cloud-based arsenal to put a real dent in the industry. However, while Amazon Connect does indeed integrate with AWS’s range of tools, including Amazon Simple Storage Service (Amazon S3), Amazon Kinesis, Amazon Redshift, and Amazon QuickSight, it also integrates with a range of third-party services, including helpdesk services such as Zendesk.

“This means customers can embed the Amazon Connect agent experience into the applications their agents already use,” Amazon says.

It’s also worth noting here that Amazon has previously offered an unrelated service called Amazon Connect, which launched in 2006 to enable authors to contact customers directly. It looks like that tool was later rebranded.