Building the next generation of enterprise apps is important, but so is bringing enterprises’ past efforts into the future — because they spent a lot of money back then.

That’s the message Apprenda cofounder and CEO Sinclair Schuller relayed to VentureBeat this morning, discussing the $16 million funding round his company just raised.

Apprenda, a platform-as-a-service (PaaS) offering, helps enterprises build and deploy applications in their own data centers or the cloud. It’s focused on Microsoft’s .NET framework and added support for Java earlier this year. That separates Apprenda from vendors like Heroku, Cloud Foundry, and Engine Yard, all of which offer a bounty of languages and frameworks. 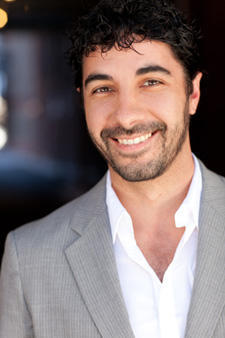 “In practice, today, I think we’ve taken a much more practical view,” said Schuller in a conversation with VentureBeat. “We believe that .NET and Java are still the kingpins of enterprise IT.”

Apprenda is definitely more focused on the present — and the past — than competing PaaS providers.

“One thing that other vendors do is dismiss the history and the legacy,” added Schuller. “We make it really easy to take a traditional app and cloudify it, for lack of a better word. That means the customer can get value right away on the entire back catalog of apps they’ve built over the last five or six years.”

Apprenda customers can run apps in their own data centers while pulling resources from a public cloud service like Amazon Web Services or Microsoft Azure. One major Apprenda client is JPMorgan Chase, which has more than 3,000 applications running on the platform — the largest private cloud deployment in the world, according to Schuller. Other notable customers include Dell, Symantec, and Honeywell.

Apprenda raised a $5 million round in 2009, followed by another $10 million in 2011. With today’s $16 million — led by Safeguard Scientifics with participation from Ignition Partners and New Enterprise Associates — the company has raised $32 million in total investment.

The Clifton Park, NY-based company plans to use the funds to aggressively invest in sales and marketing efforts and to open a new office in Western Europe. “But that doesn’t mean we’re not going to invest in R&D,” said Schuller.

Founded in 2007, Apprenda currently has about 50 employees, with plans to double that headcount within the next 18 months.