We are delighted to announce that Samsung chief strategy officer Omar Khan will be delivering a keynote at VentureBeat’s MobileBeat 2010 conference next month, entitled “the Year of the Superphones.”

Khan is just the latest in a string of high-profile speakers we’ve announced recently; we’ll have more to announce over the next few days. Let’s just say, leaders of the entire mobile spectrum are converging on SF next month at MobileBeat, and it’s going to be two days of lively debate and networking.

Yesterday Samsung announced the upcoming release of its Android-based Galaxy S smartphone — along with plans for an iPad-competitor later this year, the Galaxy Tab. Khan’s keynote at MobileBeat will showcase the vision of one of the industry’s leading manufacturers, specifically about what superphones (phones, tablets, and superTVs) will look like in the next 12 months and where the new value to consumers will be.

Samsung is the leading device maker in the US, leading phone makers such as LG and Motorola, but has lately been under pressure from a new generation of sophisticated devices. Motorola and HTC are leading the development of some of the best Android phones available today, for example with their Droid and 4G Evo phones, respectively.

Now Samsung is hoping to revive its presence in the mobile industry. So far, it has dominated in the “feature phone” market, but hasn’t had much in the way of smart phones, or those phones with modern operating systems that allow you to surf quickly on a browser, download apps, and interact with touch. Now the company has created a lot of buzz, and expectations with its new Galaxy smart devices. The company says it expects to sell 1 million Galaxy S units a month and says that over 100 mobile operators around the world have chosen to offer the phone. Success would put Samsung back into contention in the high-end market. But the company’s ambitions run even higher: It also expects the Galaxy Tab to compete with Apple’s popular new tablet computer, the iPad. 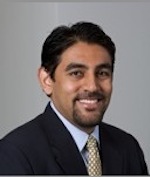 As Samsung’s chief strategy officer and senior VP of products and services, Khan is responsible for developing Samsung Mobile’s business strategies for wireless handsets, infrastructure and business communications systems. Prior to joining Samsung, Khan spent eight years at Motorola, where he most recently held the role of vice president of global supply chain for the mobile devices business.