Mobile virtual reality is hard, and it isn’t growing as fast as predicted. But Resolution Games CEO Tommy Palm is sticking with it. His company launched the Bait! on the Samsung Gear VR and Google Daydream VR headsets.

Palm, whose company is based in Stockholm, Sweden, made the trek to Seattle last week to speak at the Casual Connect USA event. His efforts in VR have been watched closely because Bait! has been downloaded more than 2 million times, perhaps more than any other VR title.

Palm, who was part of the team that created Candy Crush Saga on smartphones, believes that mobile VR will ultimately win out over PC-based VR headsets, and that smaller companies like his — which has 25 people — will have a better chance in mobile. 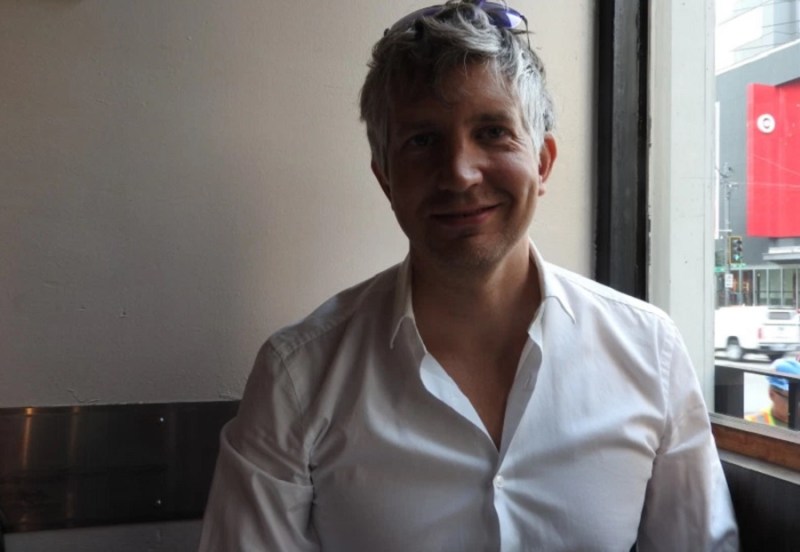 GamesBeat: What’s the postmortem on Bait?

Tommy Palm: At first we started off on Samsung Gear, and we took it over to Daydream. Now we’ve released a version for Gear that supports their new 3DoF controller. That stands for three degrees of freedom, as opposed to the Touch controller, which gives you the full six degrees of freedom. But that’s been very popular. It becomes a much better game when you can actually throw the rod.

GamesBeat: Do you have more plans for other platforms?

Palm: We’re already out on Daydream. That’s been good. Daydream is still quite a small platform. They’re struggling a bit with getting enough Pixel phones on the market. It’s very popular, but it’s sold out everywhere.

GamesBeat: You made it with around eight people, right?

Palm: Yeah, as far as team size. All told we have probably 25 people at Resolution now. But we’re trying to keep the team itself small enough so that everyone can speak directly to each other. We’re all in one office. Actually I’m sitting together with my former colleague Alexander Ekvall. We founded Fabrication Games together. As we left King, we were talking about whether we would do something together or go separately. We did two separate companies, but we’re sitting next to each other, so we can bounce ideas off each other. He’s going toward free-to-play mobile games.

GamesBeat: How many more Gear VRs are out there? They said five million at one point. Did they ever update that?

Palm: I’m not sure. I haven’t heard a new figure. My feeling is that it’s still growing, though. The S8s are now Daydream compatible, too. That’s pretty interesting. We need to get more headsets out to people, so they have a chance to try it.

GamesBeat: What was the latest figure on how Bait had done?

Palm: Two million downloads. We haven’t heard of any VR game that’s more widely downloaded than that. It’s a free-to-play game, but it’s not very polished as far as the free-to-play loop. We didn’t want to spend too much time on that. Making good free-to-play games takes a lot of effort, obviously. We’re more interested in getting a great game out on the market that doesn’t necessarily monetize all that well. On Daydream we tested out doing it as a premium game. We’re selling it there for $6.99.

GamesBeat: What becomes your road map after this? What’s the next move you plan to make?

Palm: We’re working on two new game concepts that we haven’t announced yet. I’ve said all along that I’m very interested in social VR games. That’s going to be one of the keys for opening up a new target audience.

GamesBeat: The Sansar launch this week was interesting, from Linden Labs.

Palm: I really believe in those types of worlds, where you can have content that the user builds. 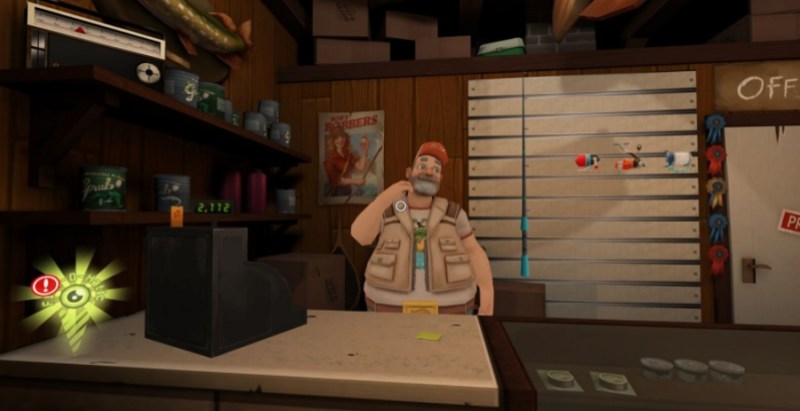 Above: In the shop in VR game Bait!

GamesBeat: They can get you into it through a link now. You used to have to go to the Second Life site and log in and get your avatar and all that. Now, if someone just shares a link on social, you can go right into it.

Palm: That’s good. Anything that lowers a barrier is very important. That’s one of the things we’ve seen as a studio, just how difficult it is when you have a new platform. Just making things like trailers is very difficult for VR. It takes a lot of extra effort if you want to build a good trailer. It’s obviously going to be watched on a 2D screen, so it’s hard to make it look like more than just a poor mobile game experience.

Palm: We’ve done a bit of that, but that’s another one of the things that’s very difficult.

GamesBeat: What’s your view on where VR is as far as trying to get through the transition to a bigger audience?

Palm: We’re still in very early days, in terms of hardware. From a developer point of view, it’s great to develop for, but as a consumer, I still don’t know that it’s a viable option, to sit at home and play your favorite game with a headset. Myself, I’d still rather go to the TV or the PC, which I see as an indication that it’ll still be some time before it’s comfortable enough that you’d rather be in VR. 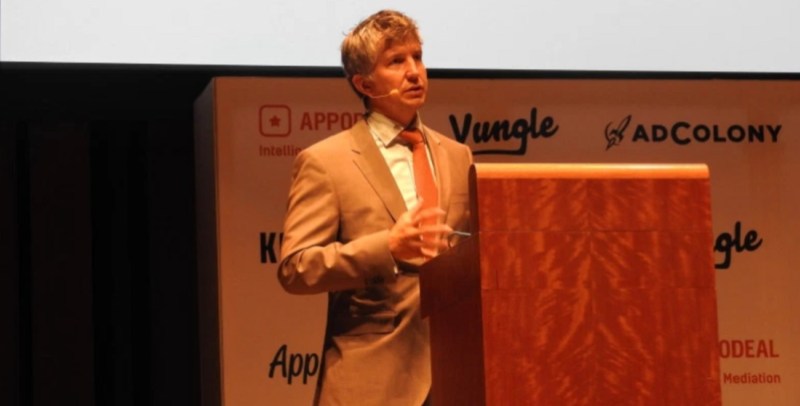 GamesBeat: Are you still a believer in mobile VR over tethered VR?

Palm: I think they’re going to come together at some point. We’re already hearing a bit about that. I think it’s been a good choice for us to go for mobile VR at first. There’s a lot of need for content there. We have so much relevant previous experience as far as building powerful graphical apps for smartphones. I tend to say that if you build for tethered, the project becomes much longer, because there’s so much more content you need to fill it with. These early days, it’s still very important to keep the production cycle down as much as possible, because you learn so much once you release a game and get it out to the consumers.

GamesBeat: What have you learned from Bait, do you think?

Palm: A lot of things. One of the obvious things I touched on yesterday was that Bait was very hard for the team, because it was the first VR game they made. We just recruited them in and threw them into the project. All the mistakes we made had to be integrated into the game. With Wonder Glade–the mini-game version, that was a much better format to start with. That was another team, our second team. The first game we made there took a very long time. It took a very long time to get the ball rolling, and then they got faster and the game got better. That was a very important learning.

GamesBeat: Jason Rubin was saying that VR is harder than anything anyone’s done before in games. You have to rack up a bunch of failures before you have the advantage of being there once the big opportunity arrives.

Palm: For sure. There are so many things to understand as a developer, what works and how you can speed things up and get to a good result. I don’t know how many prototypes we’ve made so far, but it’s more than 50 at least.