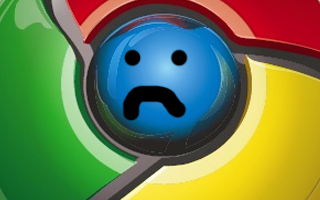 So far, Microsoft reports that around 3,000 users were affected.

The company has acknowledged the mistake and issued a fix to the software that caused the issue. A Microsoft spokesperson stated, “We apologize for the inconvenience this may have caused our customers.”

Users began reporting the issue at around 8 a.m. The first user to identify the issue wrote in the Google help forums, “This morning, after I started up the PC, a Windows Security box popped up and said I had a security problem that needed to be removed. I clicked the Details button and saw that it was “PWS:Win32/Zbot”. I clicked the Remove button and restarted my PC. Now I do not have Chrome. It has been removed or uninstalled.”

Microsoft now tells us that MSE versions 1.113.672.0 and higher include an update that will prevent Chrome from being flagged. If you’re an MSE user and the software has already blocked or removed Chrome from your PC, you will need to manually update Microsoft Security Essentials then reinstall Chrome. The official Google blog has detailed step-by-step instructions on how to do that, and Microsoft has the latest MSE virus and spyware definition updates available online, as well.

A Google spokesperson wrote in response to Windows and Chrome users’ complaints about the issue that, although the software’s hypersensitivity caused some rather significant issues for many users today, the same users should still “be cautious when allowing exceptions in antivirus or protection software; there are legitimate trojans that are included in the MS Security update, Zbot included.”

Neither company gave any indication that the incident was either intentional or malicious. We’re waiting to hear back from Microsoft as to why Chrome was flagged in the first place.