This summer, Y Combinator created a new program called the YC Fellowship, for investing in early-stage startups outside of its accelerator program. Today, the first of the 33 companies to be accepted has launched. Called Clearbanc, it’s a banking service that’s specifically geared toward helping self-employed Americans get paid faster.

Founded by Andrew D’Souza, Clearbanc wants to appeal to the independent contractors, freelancers, and 1099 workers in the U.S.. “Over 50 million Americans are choosing self employment, but traditional banks and financial service providers haven’t been able to adapt to this cultural and economic shift,” D’Souza said in a press release. 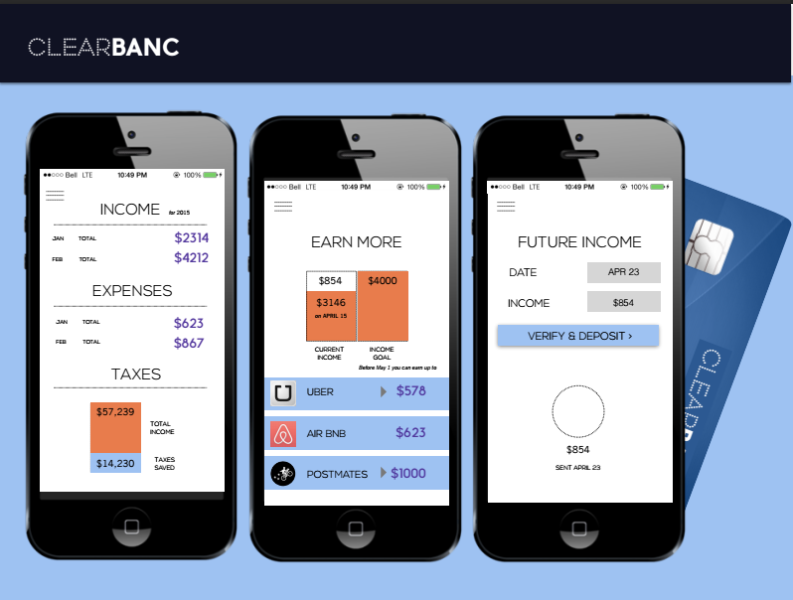 The company is targeting Uber drivers with its inaugural product. Using a Visa debit card, they can deposit their earnings instantly into their account. Every Uber driver who signs up with Clearbanc is charged $2 for each day that the service deposits funds into their account (once a seven-day free trial period has elapsed). Drivers are only charged for the days that they work, and there’s no contract period.

D’Souza said that with over a million drivers worldwide, Uber has the largest network of self-employed workers, making it an attractive market. He told VentureBeat that the on-demand private car service is a natural fit for what Clearbanc wants to do, and that additional opportunities are being explored for the future.

Uber hasn’t had an offering like this for its drivers, but Lyft has, having recently partnered with Stripe for instant deposits. There have been conversations between Uber and Clearbanc but nothing that comes close to a formal partnership. However, D’Souza said that its customers have become more active as drivers after they’ve signed up, most likely because of the faster turnaround times for delivery of earnings.

In glancing at Clearbanc’s website, it appears that Lyft and Instacart will be supported soon, which poses an interesting predicament for Clearbanc — how will it differentiate itself if the services it’s targeting already have an instant pay feature, like Lyft?

The cards provided by Clearbanc are issued by MetaBank, and the company is FDIC insured.

As mentioned earlier, Clearbanc is the first company to come from the YC Fellowship and certainly won’t be the last. D’Souza told us that his experience has been great so far: “The timing worked out really well, as we were just launching in-between [Y Combinator] cohorts. We chose to participate to gain access to the great network of YC partners and alum, including many on-demand platforms we hope to partner with. YC has been there at the earliest stages of so many incredibly important companies — we believe Clearbanc can be a very important company and we wanted to tap into that knowledge.”